A vampiric welcome to the Book Blitz for Violins and Vampires by CEE BEE!! I am so excited to be part of this blitz because this book sounds awesome. Mobs, vampires, romance, oh yes!

For today’s Blitz I got a lot of things! Excerpt, a giveaway, book/author information! You won’t be bored!

Let’s get this blitz started~ 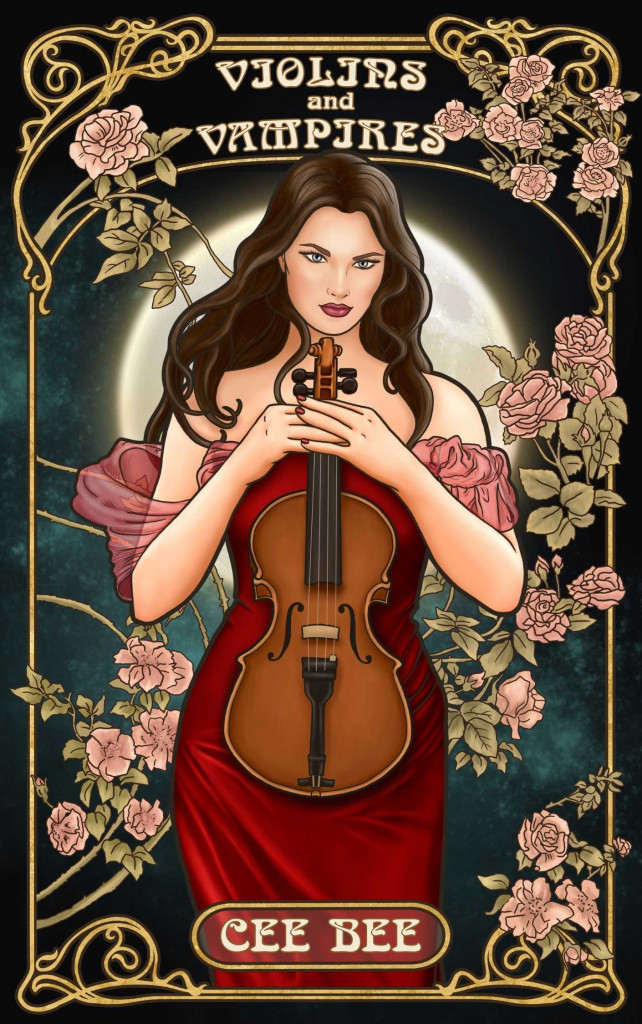 Lexa Uznetsov is trapped
To save my sister, I take on my father’s massive debt to Konstantin the Rus, leader of the New York Bratva. My life becomes a never-ending (and incredibly illegal) stakeout for the mob. There’s barely time to sleep, let alone find love. In desperation, I approach Caelin MacGregor, the handsome Scotsman who runs Empire Investments. After all, what’s the worst that can happen?

Caelin MacGregor is a lost king
Ages ago, I ruled a clan of Bloodkin vampires. My people are born to wield magic, drain humans, and live forever. That’s all over now. I’ve been alone for a thousand years. Today, I no longer care about the sunrise, let alone truly desire a woman. Then, I look upon Lexa. My world turns upside down… 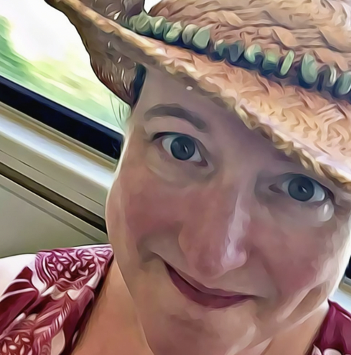 CEE BEE writes stories that blend epic fantasy, steamy romance, and lots of sass. If you want immersive tales that transport you to fresh worlds (and new book boyfriends) then you’ve come to the right author.
CEE BEE also writes young adult fare under the name Christina Bauer. Check out Christina’s books at https://christinabauerauthor.com/. There’s a literal sh*t ton of them.

CAELIN
“Hear ye, hear ye!” shouts the town crier.
I awaken with a yawn. My people live along the shoreline. Most often, these calls are for bad weather.
“Raiders, ahoy!” adds the crier.
My pulse speeds. A raiding vessel means bloodshed will follow.
Slipping out of bed, I pull on my leathers. The queen and I rest on the castle’s top floor. Our chamber holds a bed and some wooden trunks. That is all. Other kings may fill their rooms with golden treasure. Not Clan MacGregor.
As I get dressed, I take care not to awaken my queen, Elisava. According to the healers, Elisava’s illness is due to her pregnancy and will soon pass. I fear she’s struck by something far worse than expecting a bairn. The very thought sends a shiver down my spine.
The bloodkin plague.
There are two types of vampires: those who are born, called bloodkin, and those who are made after death, nightlings. Elisava and I are bloodkin. We’re stronger, faster and more powerful than any other creature. The sun holds no fear for us. Bloodkin are also alive, so we can both have children and get ill, though sickness is rare. Even so, the bloodkin plague is now killing our women.
The crier’s voice sounds once more, breaking me out of my thoughts.
“The Rus! The Rus!”
Damn. Elisava needs her sleep. She won’t rest after hearing the raiders are Rus. The reason is simple. Elisava came here as a Rus refugee. My people wanted me to kill her. I married Elisava instead.
My queen rolls over to face me. When she speaks, her voice is a hoarse whisper. “He is coming.”
I rush to kneel at her bedside. Ever since my queen fell ill, we’ve become a study in opposites. I’m tall and burly with sun-darkened skin and brown hair. Elisava’s pale and slight. Her white blonde hair has all turned gray.
“The Rus have come for ye before.” I take her hand in mine. Elisava’s skin feels papery and cool. “They didna take ye then. They willna take ye now.”
Elisava gives me the barest of nods. Her father, King Fyodor the Bold, was an evil man who drove his daughter into exile. Somehow, Elisava found her way here. After our wedding, Fyodor decided to he wanted Elisava back. He came to my shores and tried to kidnap my bride. He left in an urn.
Elisava’s brother, Konstantin, is now king. Most likely, Konstantin’s here on the same mission as Fyodor—he wants Elisava. That doesna worry me. We’ve plenty of urns to spare.
“Konstantin is different,” says Elisava. “He isn’t like Fyodor.”
“We’ll see.” I pull up my sleeve and offer Elisava my wrist. “Please, feed before I go.”
Elisava shakes her head. “Save your strength for battle.” Even though she speaks softly, Elisava’s voice carries the rough, clipped accent of her people. I love the contrast of her sweet nature and harsh tones.
“Nae, I’ll fight better knowing you’re full.”
Elisava tries to lean forward. She cannot. Even that small movement is too much. I press my wrist to her mouth instead. As Elisava’s fangs descend, an ivory glint appears above her upper lip. There’s a familiar pinch as she bites into my vein. Elisava only gulps a few times before turning away. A weight of sorrow settles into my bones. Elisava’s getting worse.
My queen.
My bairn.
Please, let it be some other illness. Not the bloodkin plague.