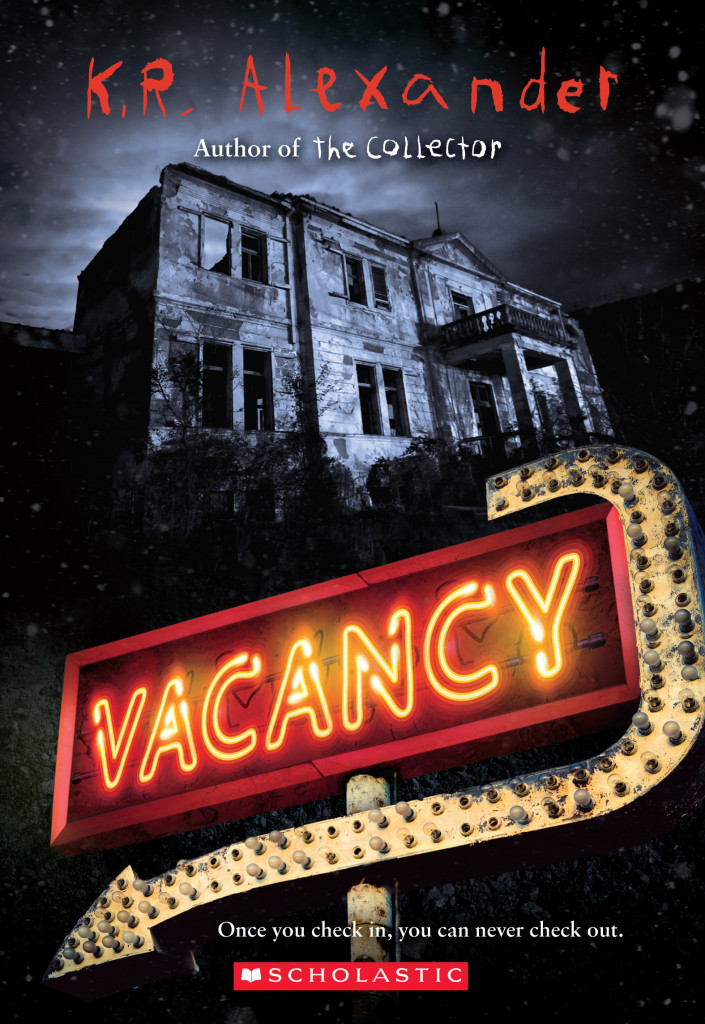 “Inside, the room is empty. And I know then that it’s the only empty room in the entire hotel. And I also know what the strange sensation is. The hotel is hungry. The hotel has a vacancy, and tomorrow night it plans on filling it.”

The newest book in the Horrorland series. Well, not really new in English, but it is the new book in the Dutch language. And I was all in for it. I thought about waiting until October to read it, but I just cannot wait 3-4 months. I just had to read this one, and boy it was good! The Horrorland series is a tad hit/miss, sometimes it is awesome (The Collector), other times just meh and DNF (The Undrowned). But I just need to try them all out. I am glad that this series is finally published in Dutch.

In this book we have a spooky hotel, a vacancy at room 333 (love that the Dutch book is called Kamer 333 (Room 333)), a dare, a ritual, and oh so much fear and scary moments. Because something has awoken after 33 years and something is hungry. I was all in for it and I was not disappointed. This book was scary from the moment the kids entered the building and it got scarier when the séance got all out of hand.

We follow our MC, Jasmine, who has had a pull to the hotel even before she moved to this snowy town after the death of her mother. She has constant dreams and visions about the hotel. The people who disappeared so many years ago and a certain Grande Dame. I really liked Jasmine, found her quite brave though I was curious what her link was to the hotel. As we read on I got a vague theory on what may be going on.

She is not alone in the hotel, her classmates are everywhere, and she has her two friends with her as they manoeuvre through the hotel. Dodge very scary looking things, monsters in mirrors, sludge in swimming pools, and more.

The book is scary, but also not too scary, perfect for the age group. And perfect for me who is looking for a horror, but isn’t in for a very scary one at the moment. The hotel did some spooky things, and the visions were quite creepy. I loved that we got those visions/dreams because that gave us a glimpse in the story and what is going on. What is happening. What is going to happen.

The ending certainly was a twist that I hadn’t expected. I had many theories, and well, at least I got one of them right, but I hadn’t expected THAT. Maybe I could have expected it? I don’t know, I guess now I look back there were some hints, and there were some characters voicing their concern, though I thought they were just mean. Haha. I love it when a book surprises me. I am not too sure how I feel about the character’s decision, I mean, holy crap, but I can also somehow understand.

The Dutch translation was decent. I don’t know at times it felt a bit stilted, some weird word choices. But the story was enough to keep me reading.

All in all, a spooky scary read perfect for summer nights and October days. I would recommend it.