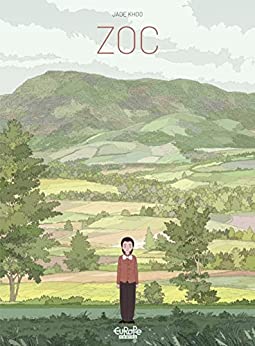 I received this book from Netgalley/the publisher in exchange of an honest review.

The premise sounded really interesting, a girl whose hair attracts water and she can apparently drag water along without any difficulty. Not to mention flooded towns, friendship, and more! I was in!

Well, the plan was good/eh, but in the end it was sadly mostly eh. I just was confused throughout the story.

😀 The friendship between the spiky boy and our MC. I loved how they bonded and how he stuck with her throughout her journey. How they talked. How she wasn’t lonely and how he wasn’t lonely either.
😀 Despite some issues, I did like that she was brave to accept that job and help those people out.
😀 It is an interesting idea that one can hold water with their hair and it doesn’t matter how much water it is.
😀 I loved that the dad supported her ideas. OK, still a bit odd that you let your underage kid just do all these things, but hey I will take it.
😀 Loved the ending, now that is teamwork! No more damage and the problem gets solved.

😑 I just didn’t get what her plan was with the flood? I mean, as the spiky kid says, isn’t she doing WAY more damage than the flood that was there first? She just kept walking, and walking, and walking, and the first part was kind of OK, but then it just kept on being that, and I wondered where she was going, and I would have liked to know from the start, so I could root for her more. Plus, why is no one missing her? Are phones magical there as well in that they never run out? I am so confused.
😑 I would have kinda liked an introduction on how the girl was able to carry water around, and if that meant she was able to make it rain? Or something. I mean, people at times got angry at her, other times they did not. Sometimes it seemed she made rain, other times she didn’t.
😑 So the world is magical? I mean, along the way she meets all sorts of odd mysterious people. A kid with spiky hair and grey skin (who also got some sort of backstory which I did enjoy though still confused me, haha). A minstrel who looks like a bird? It just was so confused. I really want GNs to just EXPLAIN things and not just throw you into the story and tell you good luck and have fun. Because I am not having fun if random stuff happens without at least some form of explanation.
😑 SO cutting off her hair allows her to just walk around? It is based on how long it is? Help?? And then it just grows back? WHUTTTTT??
😑 I get that a flooded town would want her help, but it seems odd that she is allowed, as a kid, to just go out and do that job without any adults or anyone to assist her or be there for her.
😑 The art. I am sorry, I was not a fan. There were odd bits here and there that just seemed weird. Sometimes people had yellow faces??? Or they were all white with blue clothes??
😑 The font. Can we just make the font in digital editions/review copies READABLE. I mean it shouldn’t be so hard to make those just a tad more clearer and less blurry. Now at times, even with my new glasses, I just had to get very close to my screen, which partially ruined my reading experience.
😑 So someone was stalking her? And her journey? At least that is what I get from the later part when she is going home and someone tells her they followed her journey on the radio??

1.5 stars is what I can give. I just wanted more explanation. More what is going on. Better art. Better fonts. There were elements that I liked, but sadly those couldn’t make me love this story/this book. Still, happy I got the chance to read it, it was unique.