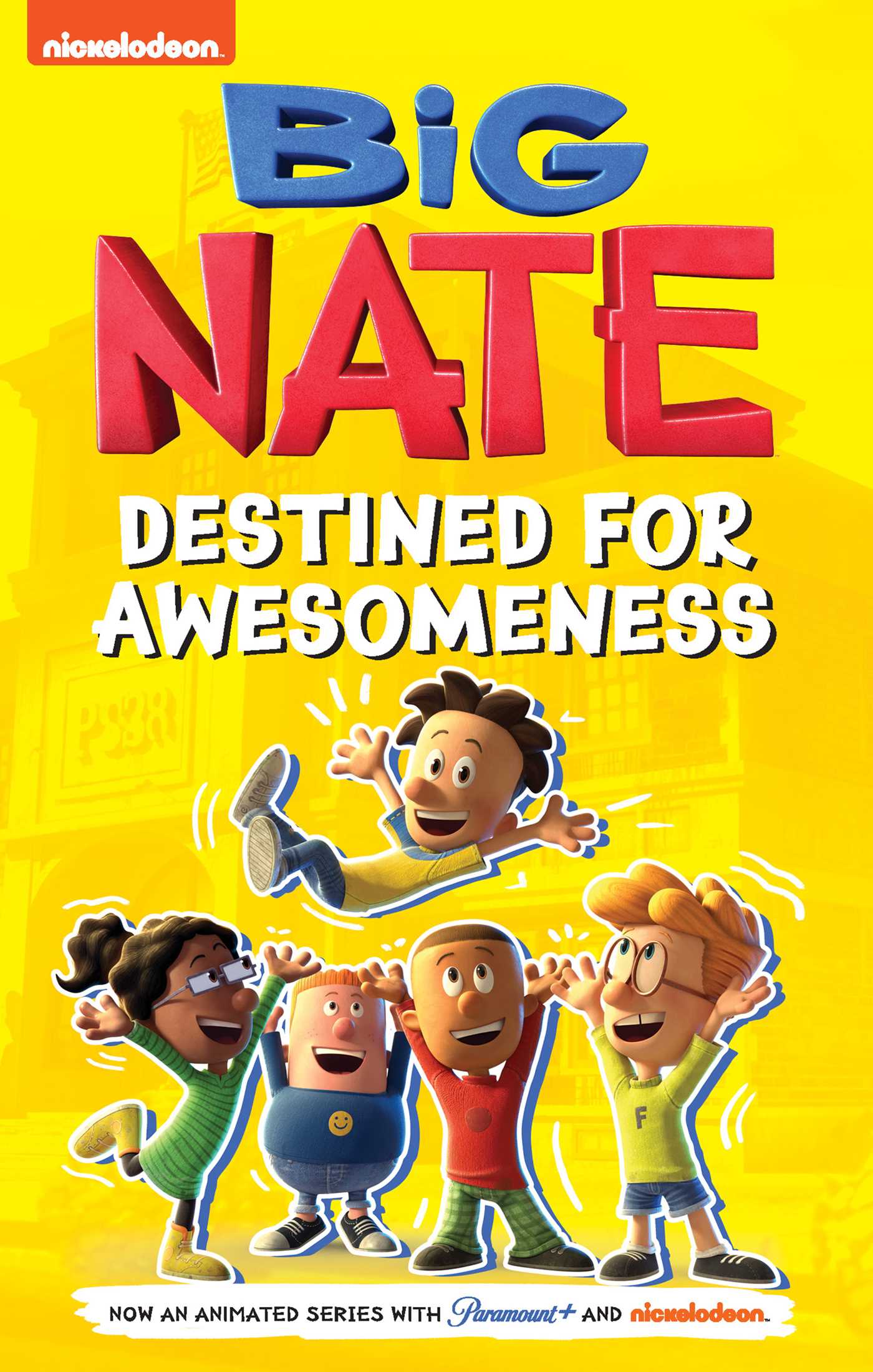 I was excited that a new Big Nate book was out on Netgalley… and then I was worried when I saw it wasn’t the normal style but some kind of 3D/CGI stuff. Apparently there is some tv series out now on the US Nickelodeon and this book is made along with that/features some of the episodes. I tried a preview somewhere and well, the style is still not for me, but I liked the story I saw + that we also got the original art.

In this book we three stories/episodes. They are: Legend of the Gunting, Go Nate! It’s Your Birthday, and CATastrophe. I did have fun reading this book, but I really had to get used to the 3D/CGI stuff (still not a fan and so I am not going to read the TV books or watch the show), not to mention at times it just felt like something was missing. Whereas with the other books by Lincoln Peirce it just feels like it is all moving and going, this one felt very stilted. I guess that is what you get if you just pluck it from the TV-series. Plus, I felt like the jokes were missing the usual Nate-punch. With the normal books I am laughing my butt off, here I just chuckled, a few times max. It just wasn’t the same.

In these three stories we have Nate getting almost the max of detentions, setting off something called the Gunting (yes, really), a new transfer student arrives and makes it hard for Nate (causing him to hide when the guy is around, but eventually braving things and setting things right), next up is his birthday… and his dad should really have specified. He knows how his son is, yet, he seems to forget each time, haha. I had a laugh at how Nate just went lose with that card and the shock later when he found out how much he actually had spend. OH no. I also like that there is some focus on Nate’s sister, Ellen. Who is apparently afraid of small spaces and she has to do something for a parade or something that involves cramped spaces. I had a laugh at how her dad tried to help her out. Oh noes. And the last story is about projects, cats, and souls. Yep. I know, it is confusing, but read the story and you will get it. I had a laugh that Ellen was spying on her dad and tried to help him conquer one of his fears (he has many). I didn’t like how Nate couldn’t be honest, but I am happy in the end things went OK for him.

I do love that we still get some of the normal Nate comics and sometimes see his doodles in places. I also like that at the end of each story we get a comic that started it all, that was the inspiration of the story.

All in all, I am still happy I picked this one up. It wasn’t bad, but it certainly cannot beat the real Nate books.