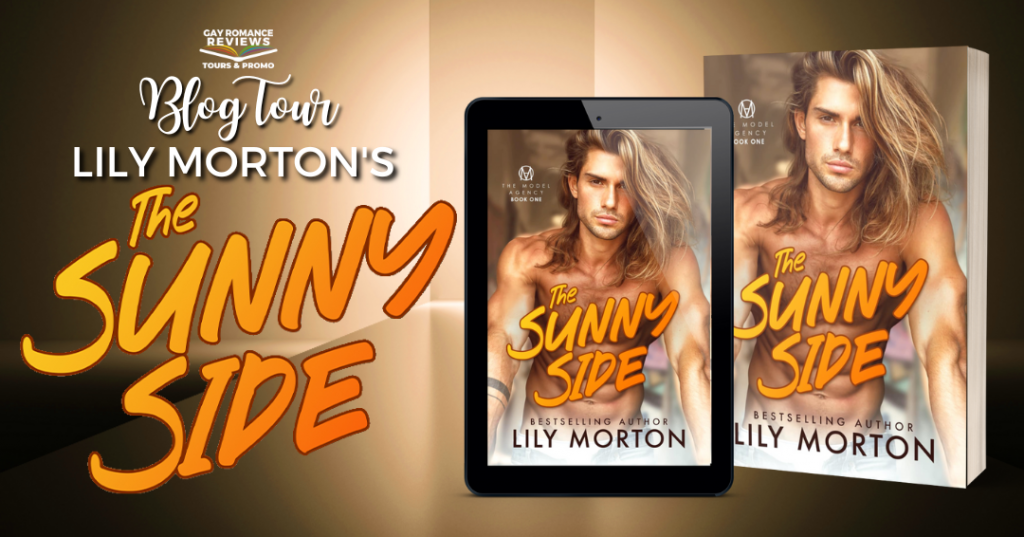 Squee! A sunny welcome to the Blog Tour for The Sunny Side by Lily Morton! So so happy I can be part of the blog tour for the newest book by Lily Morton! Models, romance, and more! I am in!

For today’s post I got an excerpt, a giveaway, some teasers + book/author information! 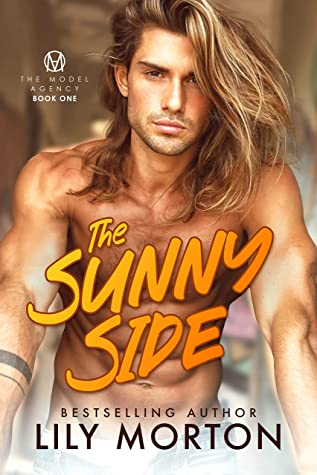 Jonas Durand is successful, rich, and controlled. He owns a prestigious modelling agency and has the world at his fingertips, but a turbulent childhood has taught him to be focused and never deviate from a plan.
Dean Jacobs threatens that stance. He’s one of the world’s most sought-after supermodels, but he’s also laidback and lighthearted and free in a way that Jonas has never quite managed.
Dean has always been interested in Jonas and has never made any secret of his admiration, but from the beginning, Jonas put him in a neat little box labelled, “Don’t touch,” turned the key, and never looked back.
However, the universe seems determined to thwart Jonas’s plans. Over the course of one hot summer, the two men come together, and Jonas’s well-ordered life becomes something a whole lot wilder.
Moving from the glamorous worlds of London and Paris Fashion Weeks to the sleepy South of France, Jonas finds himself liberating partridges, chasing his supermodel, and falling in love.
From bestselling author, Lily Morton, comes a romantic comedy set in the fast-paced and snarky world of modelling. This is the first book in the Model Agency series. 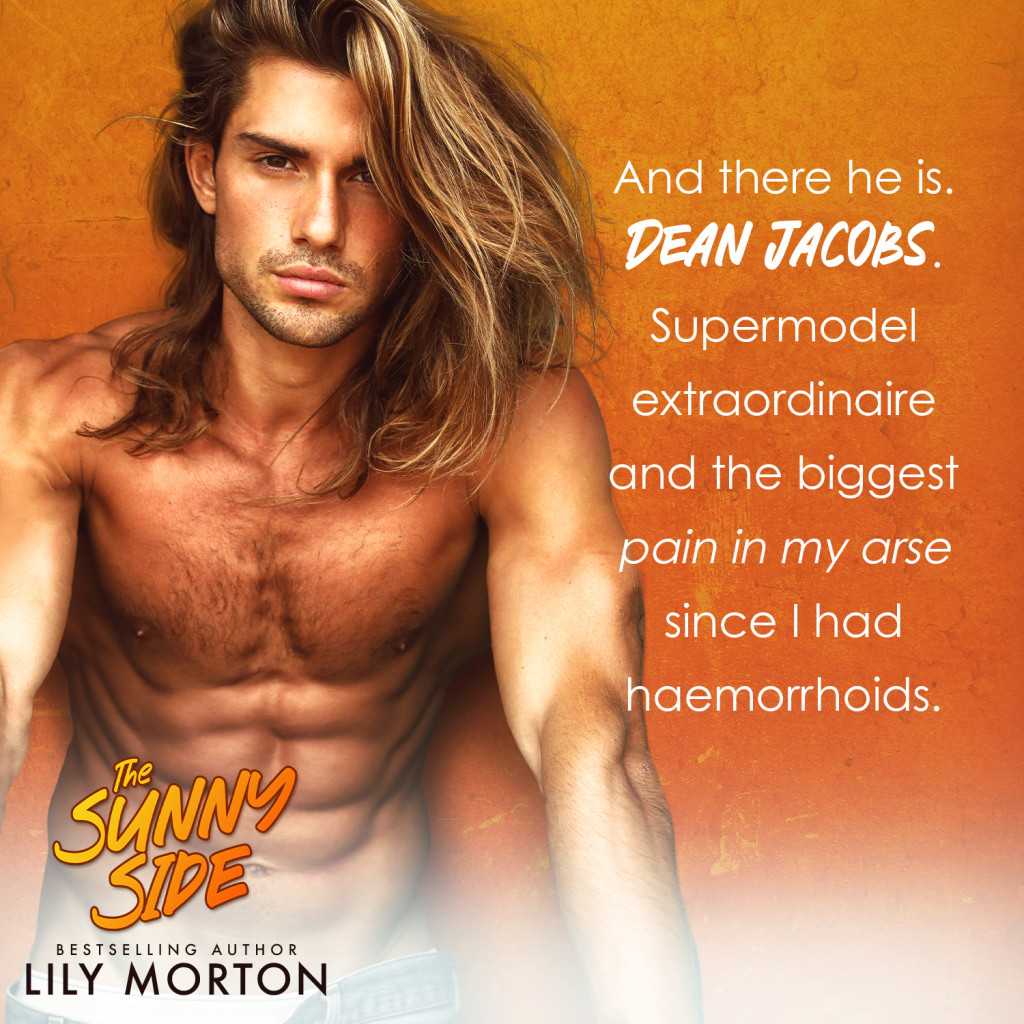 Lily is a bestselling gay romance author. She writes love stories filled with heat and humour.
She lives in sunny England with her husband and two children, all of whom claim that they haven’t had a proper conversation with her since she got her Kindle.
Lily has spent her life with her head full of daydreams, and decided one day to just sit down and start writing about them. In the process she discovered that she actually loved writing, because how else would she get to spend her time with hot and funny men?
She loves chocolate and Baileys and the best of all creations – Chocolate Baileys. 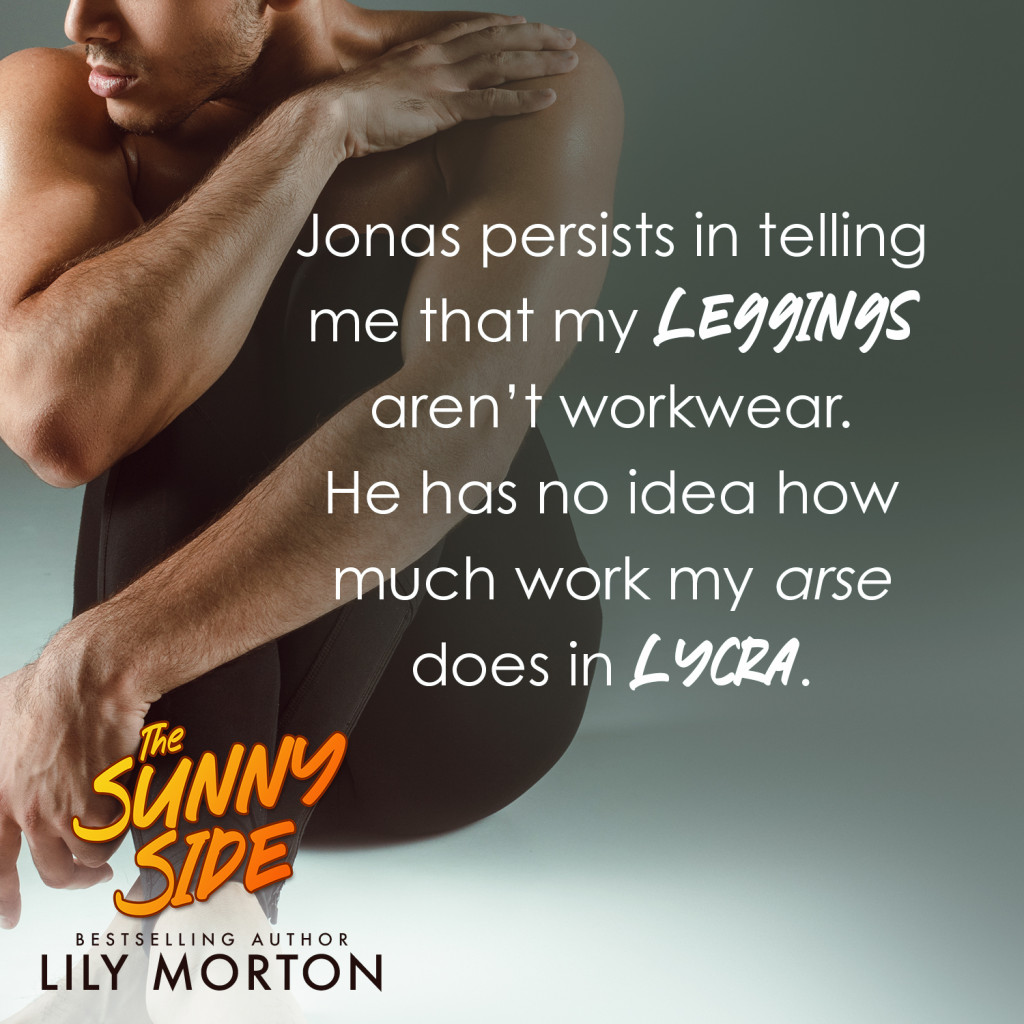 “Oh god. Not you too.”
I frown at him. “Pardon?”
“You can join his fan club over there,” the policeman says. He gestures at the old woman who was just speaking to him. She’s now watching a man blowing bubbles with a dachshund dressed as a clown perched on his lap. The dog looks like he’s pretending this isn’t happening to him. “We’ll be bringing Mister Jacobs up in a bit,” he adds.
I stare at him. “He’s not being charged, then? My lawyer is on his way.”
“No need for that.” He leans closer. “He was really brought in just to keep the peace. No one was hurt, and as the hotel doesn’t want to press charges and neither does the lady concerned, then there isn’t anything that needs to happen. We just left them in the cells to sober up.”
“What exactly happened? Mr Jacobs wasn’t very forthcoming when he rang my assistant.”
“I’m surprised he could speak. He was rather drunk when we brought him in, and he’s slept through most of his time in the cell. I wish they were always that obliging.”
“Oh, he’s always obliging,” I say grimly.
He looks behind me, and as there’s no one waiting, he unbends a little. “Apparently, he was in a hotel room for the night and went to the bathroom. When he came out, he went right rather than left and ended up naked in the hotel corridor.”
I sigh and pinch my nose. “Oh god,” I say faintly.
His mouth twitches into a half-smile. “Then he compounded his error by letting himself back into the hotel room. The only problem was that it wasn’t his hotel room, and the old couple it belonged to were rather startled to find a six-foot-four naked supermodel trying to get into bed with them.