A fantasy welcome to the Cover Reveal for The Goblin Twins by Kit Barrie! When I got the invite I just had to sign up! Twins. Fantasy. Goblins. Adventure. M/M romance (not the twins), and more!

Next to revealing the cover I got book/author information. The book is set to release on November 11th. 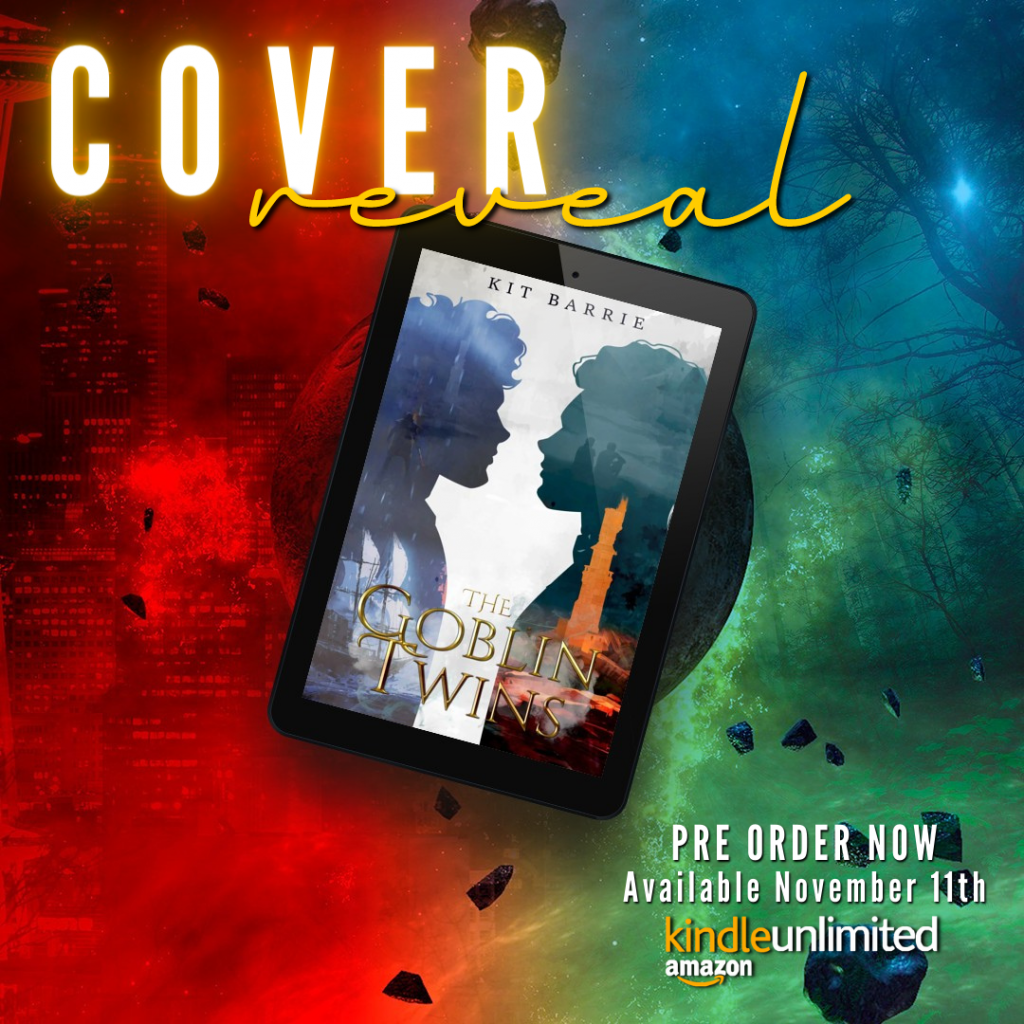 Twin goblin princes Shi’chen and A’bbni Er-Ha’sen did not ever plan to take the Emperor’s throne. Older twin Shi’chen is a military prodigy, and younger twin A’bbni is studying to be a physician. But when their father attempts and fails to overthrow their cousin, the murderous crown prince, the brothers are accused of taking part in a rebellion they know nothing about.
Forced to flee for their lives, the twins find that not everything is what it seems in the goblin empire of Hanenea’a. With the help of only a half-elf sailor and a handful of nobles, the brothers must confront the Emperor and his supporters, risking everyone they love for one chance to save it all.
The Goblin Twins is a debut m/m non-magic fantasy novel with romance from Kit Barrie.
This is the first book of The Goblin Twins duology, and the first of a collection of stories set in the lands of Hanenea’a and Kendarin. It has all the angst but does have a Happy For Now ending with no cliffhanger. It does not contain twincest.
Please mind the author’s note on the first page, as this book contains sensitive material and is also not intended for children. Reader discretion is advised.

Kit Barrie (she/her) was raised by pirates in a traveling carnival where she learned how to fly and to weave fantasy into reality. She identifies as chaotic bisexual, with good intentions and questionable methods. She lives in an utterly unfantastical state in the Midwestern United States with her very supportive partner and at least 4 food goblins who might just be cats gobblin’ food. The Goblin Twins is her first novel.

a Rafflecopter giveaway
This Reveal was organized by: