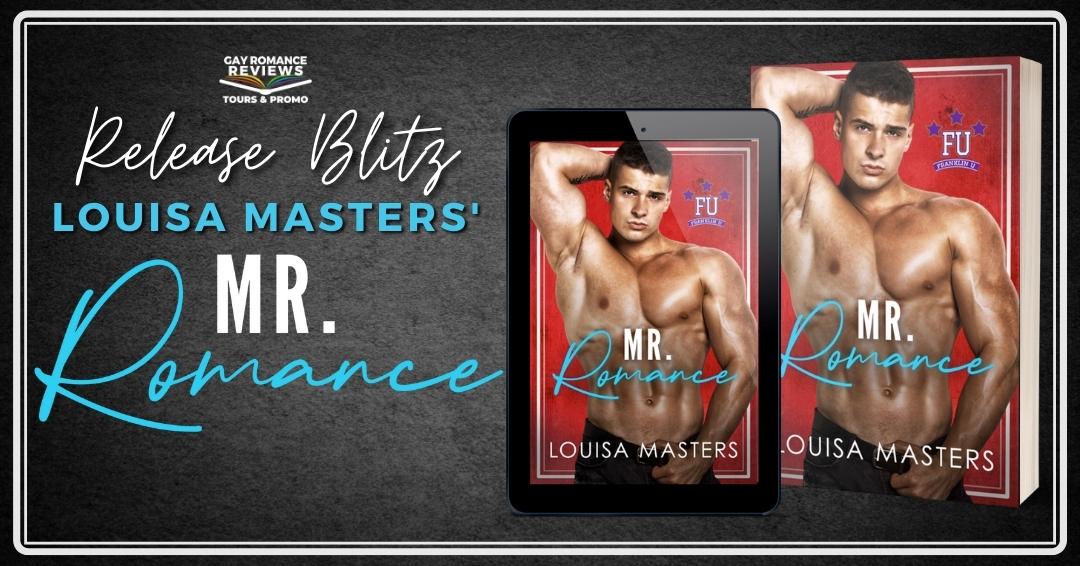 A throws confetti everywhere welcome to the Release Day Blitz for Mr. Romance by Louisa Masters! Squee! I just love helping out with the Franklin U series. I did some cover reveals and I am excited to be part of this release day blitz!

For today’s post I got a ton of things! An excerpt for you all to read, teasers to see, a giveaway, and of course book/author information~

Let’s get started, and a big big congratulations to the author on their book releasing today! Hip hip hip hooray! 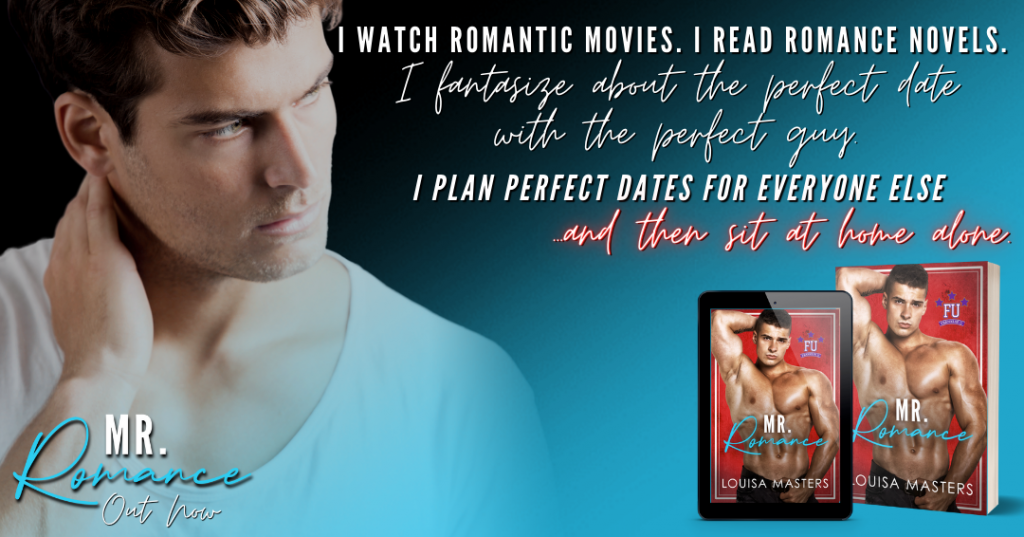 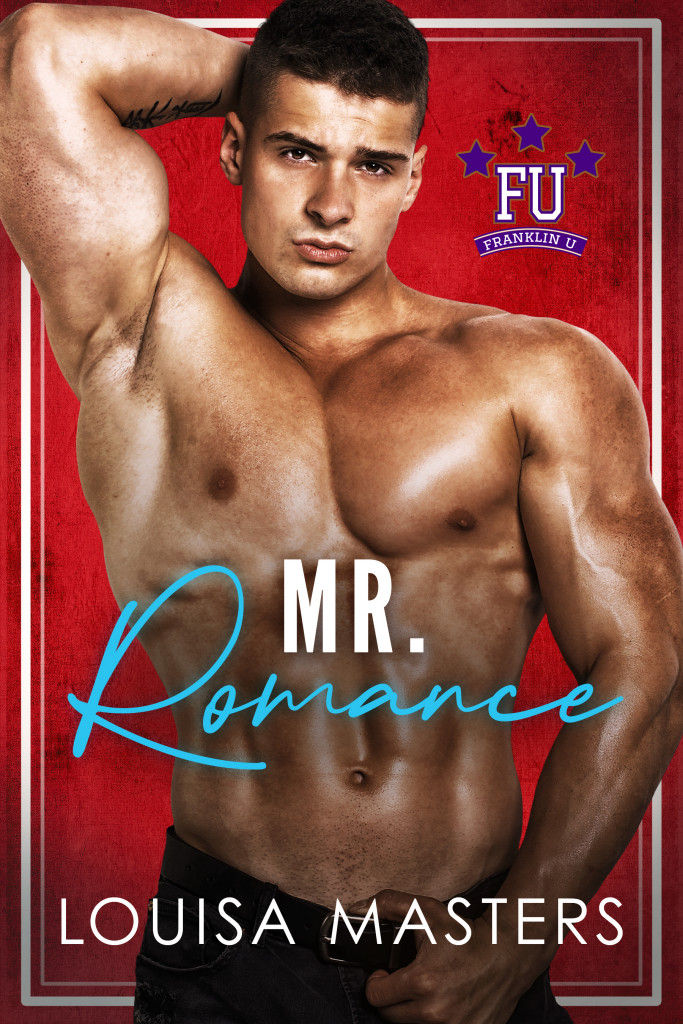 When you’re clueless, Mr. Romance can help.
Charlie
I’m not sure how it happened, but it turns out I’ve unknowingly been dating three people.
Friends don’t spoil other friends, apparently. My trust fund means I can afford to, though, and what’s a meal here and there? Or some clothes? Or textbooks? That doesn’t mean we’re dating, right?
Others disagree. If I want to get through the rest of college knowing who my friends are, I need help from someone who knows all about dating and can tell me what not to do.
Someone like Mr. Romance.
Liam
When people look at me, romance is the last thing they think of… but I’m still the first person they call. Need a first date planned? A big romantic moment? Gotta beg for forgiveness? I’m your man. When it comes to romance, I’ve got it handled.
Not personally, though. My romantic life is… barren. All I really want is someone to snuggle with and spoil me. What I’ve got is planning dates for people who have no clue about romancing someone.
But now I’m somehow Charlie Martin’s anti-romance consultant. Charlie, who’s completely clueless yet the most accepting and friendly person I’ve ever met. Who’s giving and generous. Who’s befriended me and wants me to be happy.
I’m supposed to help him stop his friends from falling for him. The last thing I need is to fall for him myself. 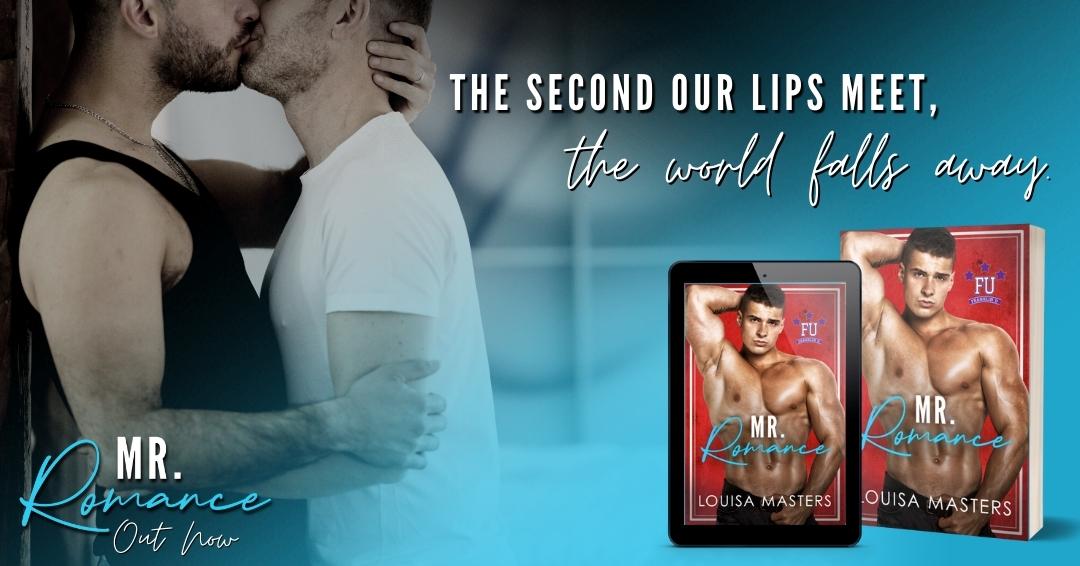 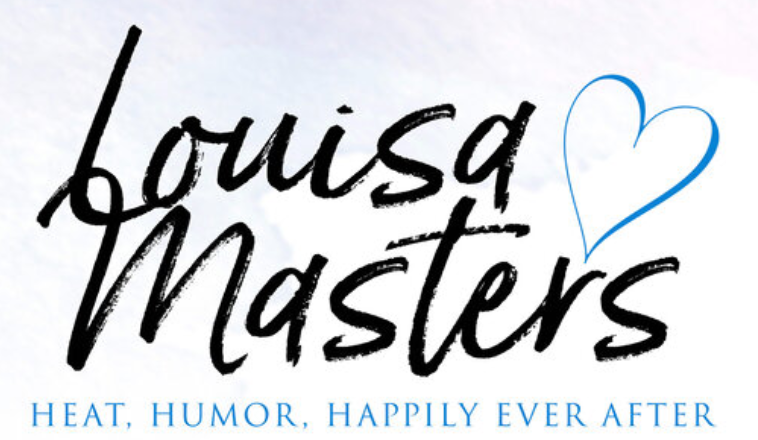 Louisa Masters started reading romance much earlier than her mother thought she should. While other teenagers were sneaking out of the house, Louisa was sneaking romance novels in and working out how to read them without being discovered. She’s spent most of her life feeling sorry for people who don’t read, convinced that books are the solution to every problem. As an adult, she feeds her addiction in every spare second, only occasionally tearing herself away to do things like answer the phone and pay bills.
Louisa has a long list of places first discovered in books that she wants to visit, and every so often she overcomes her loathing of jet lag and takes a trip that charges her imagination. She lives in Melbourne, Australia, where she whines about the weather for most of the year while secretly admitting she’ll probably never move. 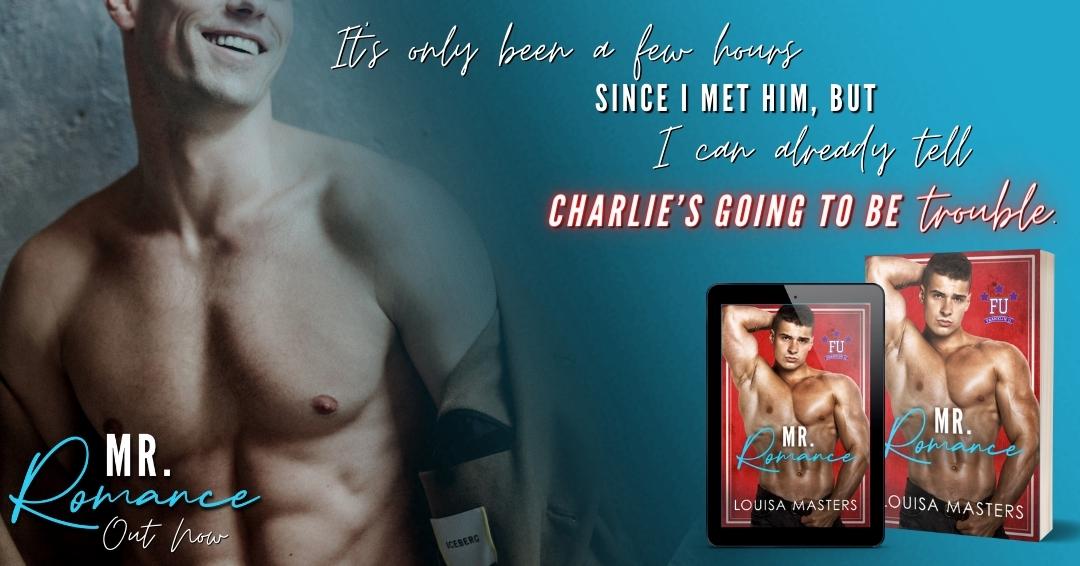 “I really don’t understand what I’m doing here,” the guy—Charlie?—protests.
“I told you, I’m gonna introduce you to Mr. Romance. You know about Mr. Romance, right?” Ian says.
Charlie nods solemnly. “The guy people pay to plan dates for them? Everyone knows about Mr. Romance. He’s a legend.” His gaze lands on me and Matt, bounces back and forth between us, and then settles on Matt. “It’s great to meet you. I’m a big fan of your work. Well, of stories of your work.”
Matt shakes his head. “I really don’t think you are.”
I roll my eyes and get up. “My work.”
He turns his gaze to me and gives me a doubtful once-over. I know what he’s seeing: short and pale, with an untamable mop of ashy-colored hair. I’ve tried cutting it super-short. That really showed off my bone structure, which wasn’t a good thing. I used to be bony too, but thankfully gymnastics has helped me build muscle. I’m kinda ripped now.
Too bad nobody but me gets to see it.
Either way, I don’t look like everyone’s romantic ideal.
“Yours?” he asks.
“Yeah. I’m Mr. Romance. Liam Rigby.” I start to hold out my hand to shake, then make myself drop it. Nobody shakes hands in college unless they’re going for a job interview. Except me, apparently.
“Charlie Martin,” he says automatically. “Really? You’re Mr. Romance?”
Wow. Rude, much?
Ian groans. “Charlie, don’t piss him off. You need his help.”
I want to make a snarky comment and walk away, because fuck him, but I’m not dumb enough to turn down a paying job. I make a lot of money from being Mr. Romance, and I don’t even charge that much. It just turns out that a lot of guys hate planning dates. Some girls, too.
This guy, though, I’m going to charge double. Maybe even triple. He’s interrupting gym time and being a dick while he’s at it.
“Got a big date planned?” I ask, mentally flipping through my schedule. As long as it’s not for this weekend, I can probably fit him in. Unless he wants something super elaborate.
To my surprise, he shakes his head so vehemently, he almost falls over. “No. No dates. I’m not dating anyone right now, no matter what they say.”
Oh-kay.
I look at Ian. “Why is he here?”
“Because he’s a sweet, sweet moron.” Ian kicks off his sneakers and starts stretching.
“Hey!” Charlie sounds insulted, but then pouts and shakes his head. “It might be true, but words hurt, man.”