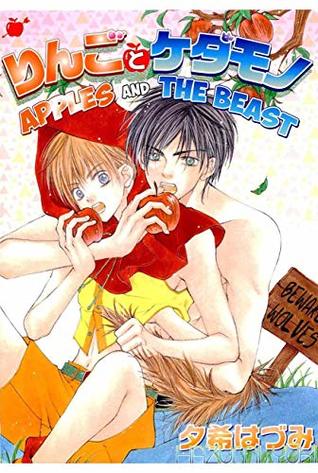 1 manga, three couples, not all good, sometimes a bit too much drama, but I am still happy I read this one.

I am still going through my Humble Bundle Yaoi Bundle, so far I have enjoyed quite a few of these books, though of course there are also some bad apples. Writing this 31th of May so who knows how far I am by the time this review goes up, haha, probably not all, because I don’t want to rush through it, but hopefully I found more gems! Yesterday I was just not in the mood for a normal book so I decided to download 2 manga from the Bundle and read those. Here is the first manga’s review. I was planning on writing a short one for both of them.. but I guess I had plenty of feels. XD

My main issue with couple 1 is that I just wasn’t a fan Ryoichi. Not at all. He was very predator-esque and I just hated how he completely ignored Yuya’s feelings on the matter. He wanted Yuya and fuck Yuya if he had another idea. I was very uncomfortable for most of the book as it was clear that Yuya was giving his boundaries and Ryoichi not caring at all. I am sorry, but that is just fucked-up. I get you like Yuya, but maybe you could be a bit more subtle about things? Just give him a hug sometimes (if he consents of course), maybe give him gifts, take him to some favourite places of yours or his. But don’t freaking jump him. Don’t kiss him without consent. Don’t go stalking him at school and then even signing in at that school. Don’t hit or harass his friends because you are so so jealous. Don’t go dumping presents in trashcans because Yuya got them from a girl. I just wasn’t a fan. And I wasn’t a fan of how Yuya’s feelings fluctuated. At one point I was just so happy that he finally said his piece of mind. Finally let that guy know that now was ENOUGH. And FUCK OFF. And then when he hears a sobstory he just immediately runs after the guy. WTF. Thankfully, not to confess his feelings, but still. I was just annoyed at it all and never really could ship them. The manga club and what they did, wow, way to give us girls who love yaoi a bad name. 😐 So yeah, not my story. And the ending is also pretty inconclusive.

Next couple is Igarashi and Hiroyuki. They both have their eyes on each other but don’t know that. Haha, it was so cute! And I found myself rooting for both of them to be honest and just tell each other their feelings. There was one part that I just wanted to punch Igarashi for what he said and how his friends were. I do hope that with everything in the end that he is more honest about how he really feels and that being gay is good. I loved that ending, it was sweet and hot and swoony!

Then we have a couple Tatsuya and Yataro. I was a bit put-off at the beginning how Tatsuya just dragged Yataro into the karaoke room, but nothing happened so then I guess it is not too bad. I did like this couple at points, but I just wished that Tatsuya had been a bit more honest and Yataro more open. Yataro is a die-hard Enka fan and hates rock. While Tatsuya loves Enka as well.. he is the lead singer in a popular rockband. There was some silly drama when Yataro found out which had me rolling my eyes. Come on guys. Seriously? It is not like he committed a murder. I love that they reconciled and that things went a bit better, they did make a nice couple and I was just squeeing and giggling at Tatsuya’s reactions when he was all lovey-dovey and Yataro called him/messaged him. XD There is some more drama later on as Tatsuya gets jealous, which is why I removed a dash more of the rating. I am sorry, come on. Have a bit of faith in your BF. OK, given the drama afterwards… But still.

The art was a bit hit/miss, I mean, at times it was pretty nice, but sometimes the faces just did things. Blending together, necks vanishing. Also Yataro’s glasses just seemed to be eaten by his face when we see him from the side which just made me laugh.

All in all, I am still happy I read this one, the first couple was just bad, but the second couple was adorable, and the third was OK-ish.