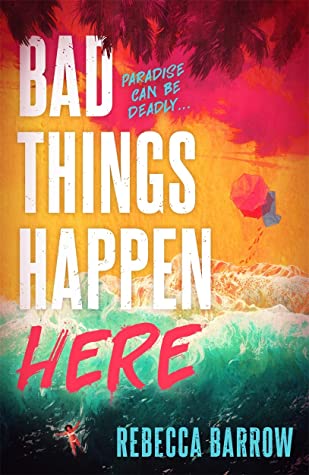 Disappointed! Not what I expected at all!

This was one of my most anticipated reads of the summer. I always love reading thrillers and such during those months (just like how I love reading them during October). And this one? Sounded right up my ally. A murder. More murders have been happening. The island has its secrets. That title just promises so many bad things. And with how the book started I was fully hoping for a delightful but gruesome murder mystery in which ghost stories do come true. Plus, hello, it is set on an island! I just LOVE murders on islands because you can never leave that easy (even if this island has a bridge, but you know, that could be blocked or something happened to it).

However… what I got instead was just a pinch of murder, an investigation by our MC that just felt like nothing and could just have been left out and no one would miss it, an ending that was so open ended that some books I considered open ended could just be a closed one, a cute f/f romance which I shipped, mental health (which I could relate to), identity and sexuality. Really. The last three? Perfect, would read that! Would give the book 4 stars if it was supposed to be about that. But if you come for MURDER! BLOOD! A SCARY ISLAND! Conspiracies! Serial killer or something else spooky going on that would connect all these dead girls together. Whoo! and get this? A book with nothing exciting happening? It is a big fat disappointment.

Plus, the island? I just never got a spooky vibe from it. Plus, given that we barely see anything but parties and maybe a scenery here or two, I just couldn’t picture the island that well. It just felt very generic.

There was a little bit of scariness near the end of the book and I was totally HYPED. Finally something was going to happen! Finally! But well, given how that ended… sighs

As I said, I loved the romance between Naomi and Luca. I loved it. They were so cute together and I just found myself rooting for these girls to tell each other their feelings. To take a step in the deep end. To go for it.

So yeah, this could have been so fantastic. This could have been one of my favourite reads… but it just didn’t deliver what it promised. I could rant more about the book, but you know what, I am just too disappointed to care to write.