Welcome all! Welcome to my very first WEBTOON/Wattpad Tour! Say hi to Breaking the Friendzone by May Lynn! I am so hyped to be part and I cannot wait to see what other fun tours and such I will be part of. Squee! 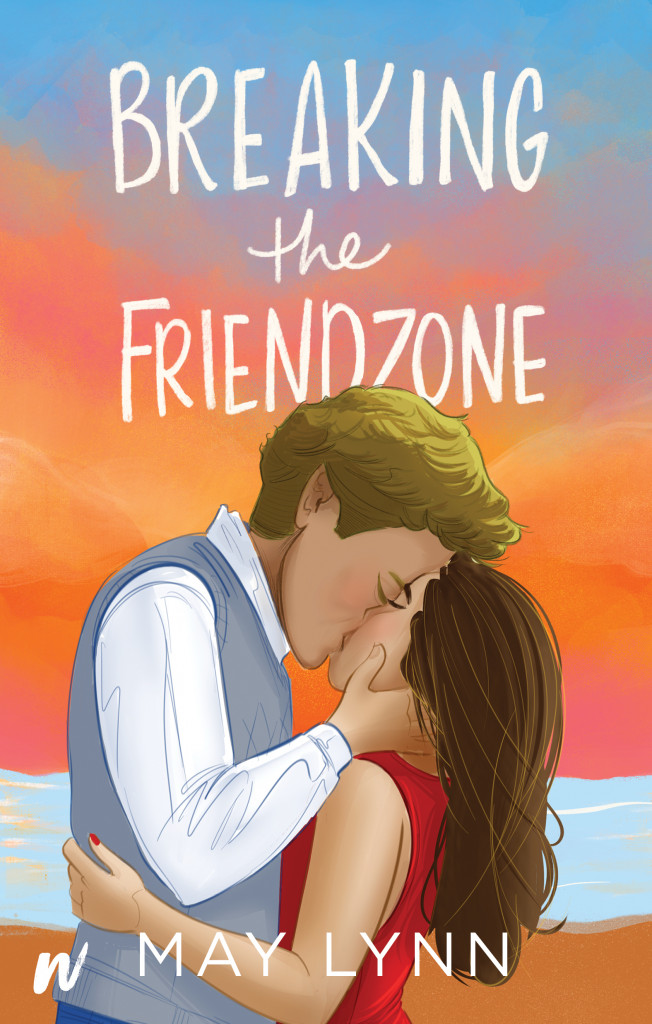 When Lacey Mason was six-years-old, her family moved to the Hamptons. A beautiful location, for sure, but not much fun when you’re the only kid in the area. When Lacey stumbles upon her next door neighbor, Luke Drake, on the beach it is instant friendship. For the next four years they spent almost every waking hour together. But just as summer inevitably turns to fall, all good things must end. When Lacey’s family sells their house and leaves the Hamptons, the pair vow to always stay in touch. But a dramatic meeting when they are teens leaves their friendship in tatters and Lacey’s heart broken.

Fast forward seven years, and 22-year-old Lacey returns to the Hamptons. During a night out partying, who does she run into? Luke Drake. The only thing is Luke doesn’t recognize her. At first, Lacey thinks it’s hilarious—a case of karma finally catching up with the golden boy—but then she realizes that all the feelings she’s buried for so long aren’t going to stay buried . . . especially when she and Luke are thrown together by internships at their family run company, Drake-Mason Pharma.

Luke Drake wants to be anywhere but the Hamptons, and he certainly doesn’t want to be interning at his dad’s company. Luke’s got a secret plan: make enough money to break away from his controlling father and strike out on his own. Then one night he sees a girl at a club, and after an incredible night together, he discovers that the mystery girl is his childhood friend: Lacey Mason. He knows what he did to her when they were teenagers was wrong and is determined to spend the summer showing Lacey that he’s changed . . . and that they belong together.

However, family secrets, including the one that ended their friendship in the first place, may prove to be too much, and Lacey may not be willing to let Luke break out of the friendzone.

May Lynn is the author of the Wattpad Paid Stories hit, Breaking the Friendzone. Her love of pharmacy, romance, and mystery led to her writing this breakthrough story, which now holds over five million reads on the platform. May grew up in the Dubuque, Iowa, area and now resides with her husband and their dog in a nearby lake town. When not writing on Wattpad, she enjoys reading, concerts, cooking, and time with family.

“So, I get it,” she said, finishing her thought, ignoring my com-
ment. “Everyone wants you to be your dad. Everyone wants me to
be my mom.”
We sit in silence for what could have been minutes or an hour;
who knows? No one came looking for us. My dad probably knew
I would act like that. My plans were destroyed, and part of me
wondered if he knew about them all along. The only person who
had known was Justin, and he wouldn’t say anything to anyone. I
was risking not only my reputation but the reputation of the Drake
name, for what that was worth anymore. I had lost respect for it
long ago.
“I don’t think I can go back in there. I think I’m just going to
call Justin and get out of here. I didn’t mean to mess up your tour.”
Lacey pursed her lips, setting the tip of her pointer finger on
them and tapping them. “What if we both left?”
“And went where?” I was amused at the thought, knowing she
wasn’t serious. She was looking forward to spending the day in this
hellhole.
“Who cares!” She practically bounced in her spot. With her
eyes widening in excitement, I could have sworn they became
an even brighter shade of blue. “We can Uber back and get your
Jeep. Let’s just take a drive and see where it takes us! I have a purse
full of Jolly Ranchers and uncomfortable shoes. We’ll escape the
Drake-Mason shadow for a day. What do you say?”
My dad was going to be furious about this, which made the
idea more appealing. Plus, I was getting exactly what I wanted. I
got a day with Lacey, and one that was all her idea. She wanted to
spend the day together.
“Okay, pretty girl. Let’s take a road trip.”

This  Tour was organized by: