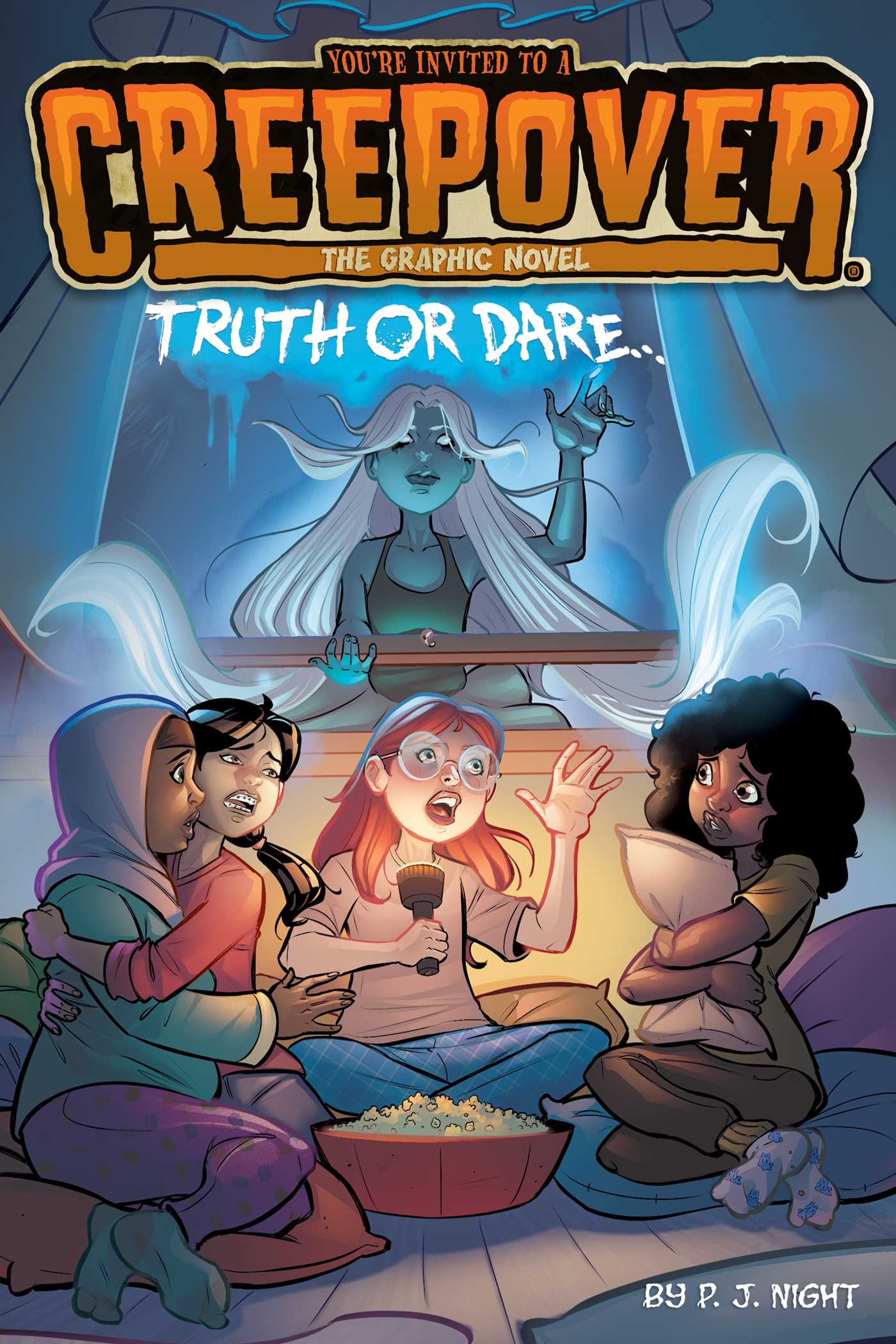 The You’re Invited to a Creepover is getting a graphic novel treatment and HECK I am in for that!

In 2016 I discovered the You’re Invited to a Creepover series. The first two books were released in Dutch (hilariously, after that none of the books got out in Dutch) and that is how I came across the series. What followed was buying the rest of the series and then waiting and waiting. Because as the series progressed the books got out less and less. SO that is why I am so happy that the books are getting a new treatment in the form of a graphic novel. Now, I am not sure if I will be buying all the books in the series in this format, I mean, I already paid for 22-ish normal novels, I am not sure if I want to go through that again and this time for double (since the GNs are 10 euro each). Maybe I will just buy my favourites!

Meet Abby. She and her best friends are having a great time, there is a sleepover, friendship things, and more! She has kind parents. A boy she is interested in. But what happens when she expresses that interest during a sleepover? Things got quite scary at times. From being pulled under the bed, to spooky things in the garden, to finding objects and scary texts. There was a lot happening and it definitely held my attention. It’s been long enough that I didn’t know all the details so it was mostly all fresh to me which is a delight.

I wasn’t too happy with one of the reveals, I won’t spoil it, but I think I would have rather gone a whole different route.

And I wasn’t too happy with one of Abby’s friends, the red-head girl. She was just way too over the top at times and didn’t understand that her friend wasn’t always too comfortable with things. And maybe she should have believed Abby a bit more. I get things are hard to believe, but if my friend came to me, confessing several things that had happened to her? I would have definitely talked to her and helped her out.

I loved that Abby did try it with Jake despite all the things that happens in her life now that something knows of her crush. I was a bit frustrated with Jake though, how he was willing to just break it up with Abby when things really got scary. I mean, I can understand it. Things are scary. But boo, do you really think that the ghost or whatever is stalking you will stop? Do you want to have a life full of nothing? You gotta fight boy! Stand up.

The ending was a bit of a disappointment. I would have just liked a few more pages to just give it a bit more. Now it was here is something scary and boom, done.

I love that this book was diversified. As I would call it. Just look at the cover from the first book in novel and now in graphic novel. We went from 3 white (or at least white looking) girls and 1 BIPOC to 1 white girl and 3 BIPOC.

The illustrations/art of the graphic novel was really fun! I like the style a lot and it fits well with P.J. Nights story!

All in all, recommended to all! This was just way too much fun and I am happy this series is getting a revival. Now I would just like more normal novels again! That would be epic.