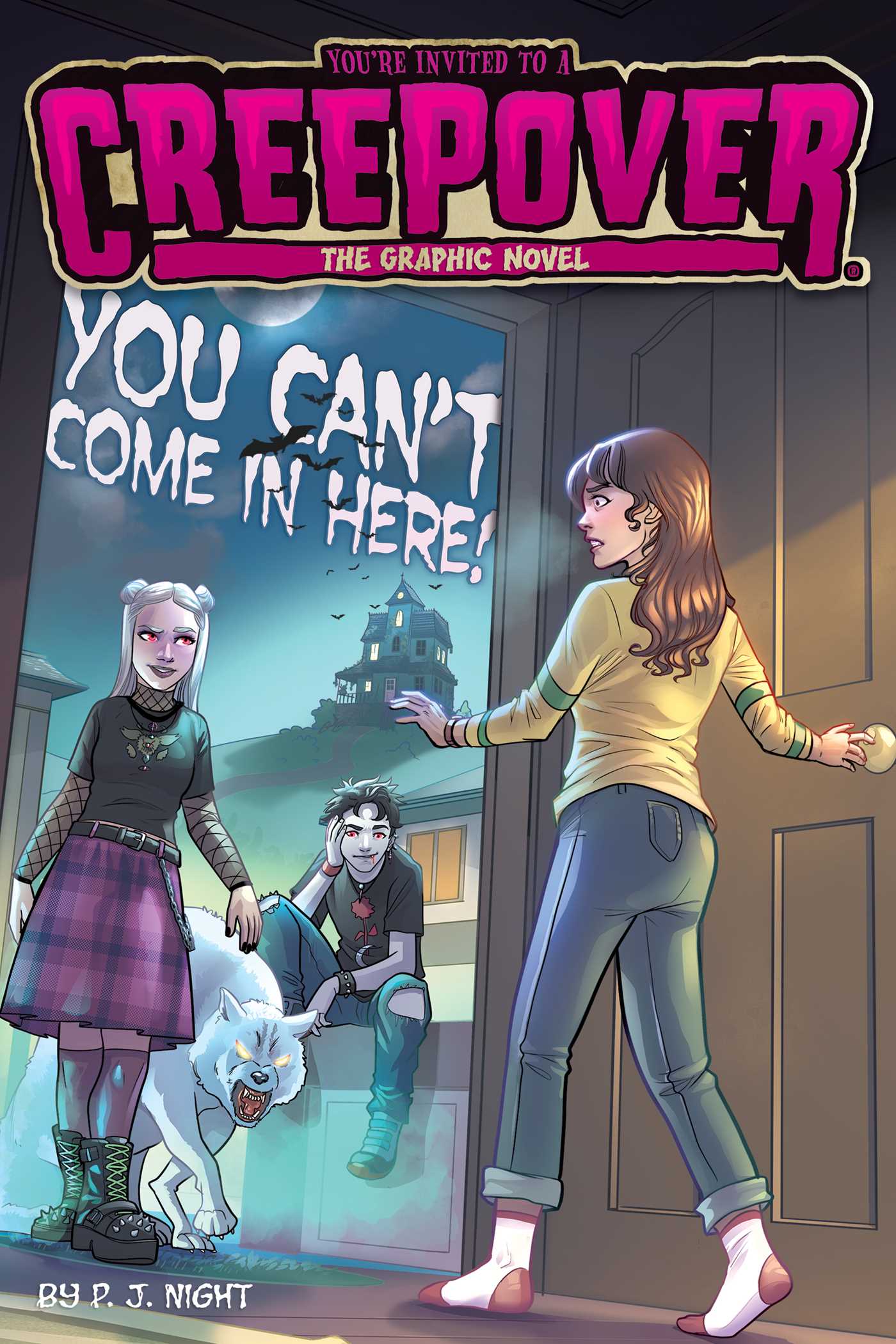 The second book in the You’re Invited to a Creepover and this time someone should not be invited in the house!

I remembered this one, for strange reasons, just a bit more than the previous graphic novel. No clue how that works. It definitely didn’t impact my reading fun though! Because it was terrific to see the story be breathed in new life with the graphic novel treatment.

In this one we meet a girl named Emily who has been bonding with two kids the street over. They live in a ruin of a house, but apparently the house is still somehow liveable as our MC meets her friends there all the time. For some reason the novel stayed with me better because I knew right away what was going on. Did it ruin the story? Oh no. Not at all. If anything, I was curious if I would find some new details. Something overlooked the first time. There were indeed some things. I loved that. The graphic novel certainly brought the story more to life and added even more fun details. Emily was a pretty OK MC, though I wished she had opened her eyes a bit more. I guess all the fun clouded her eyes. XD I don’t blame her. If my new friends had all those awesome things? I may just be clouded as well. I loved that Emily also had other friends and was trying to get the two groups to meet! That is a pretty sweet thing of her to do. That she told both sides fun stories, or how fun x and y were.

The sleepover was just so cool, and boy, I wish my sleepovers had been that fun. Then again, I don’t live in the US. I guess for all the fun sleepovers you have to be in the US. So many people seem to have big basements or rec rooms or whatever else.

So yeah, I knew right away what Drew and Vicky were and I wish I could step in the book to tell our MC that. To warn her. To tell her to watch out. To not dig deeper. Then again, I am not sure if there was any way to help Emily.

That was a pretty sneaky way btw. I hadn’t expected that one to be able to be something they could do, but dang. That makes things so much more dangerous.

The ending? I loved that! How it made it seem like x had happened but then boom. There is something else. It was so well done. Though also made me sad. I mean, I knew what we saw a few pages ago, but still!

I do think it is hilarious about the cover. I didn’t even notice it the first time, but now I do and I have some questions. I won’t spoil anything, but I am sure other readers also may have a few questions.

All in all, this was a terrific and wonderful part in the series. I have to say that I loved it even more than when I read it years ago as a novel. Back then I wasn’t sure if the story fitted with the series (as this was my very first step into the world) but then I started reading the series and I think it does fit. Plus, the graphic novel treatment works so well! I would recommend it!