A Caribbean welcome to the Book Blitz for Revenge Honeymoon by K.J. Gillenwater! A cruise, romance, funny situations, friendship, and more! Oh boy, I just had to sign up and I am glad I can share this book with you!

Today I got an excerpt, a giveaway, and book/author information! All the fun~ 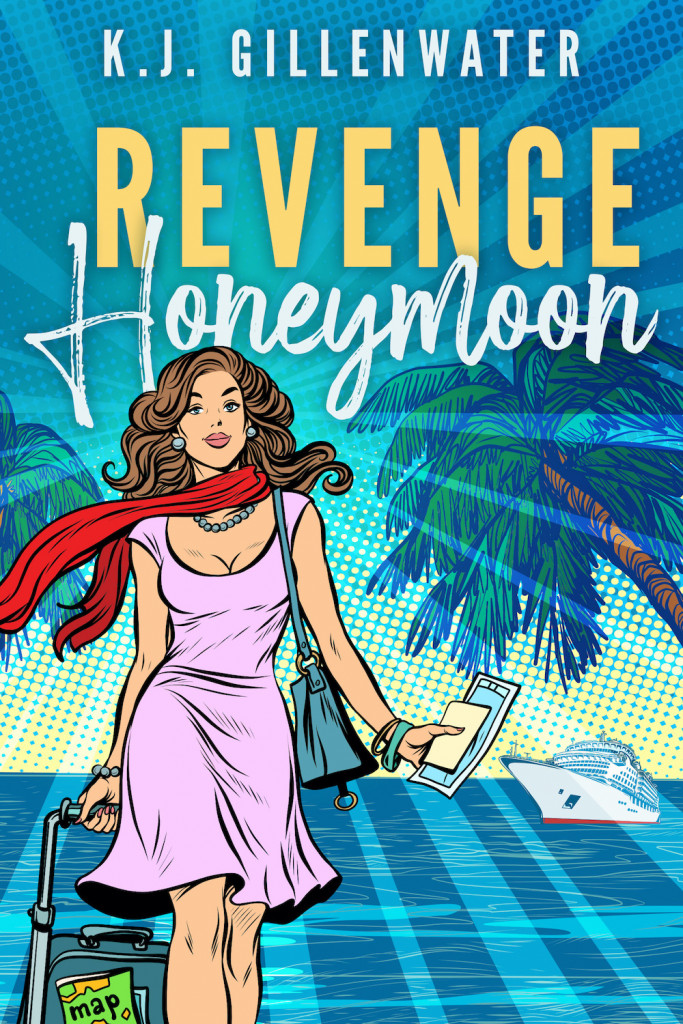 Emily Small has a big heart, a loud mouth, and a terrible taste in men. She’s used to living in her perfect best friend Ruby’s shadow – but when Ruby is left devastated at the altar, Emily becomes desperate to save her friend from heartache… and salvage their non-refundable cruise!

Emily hatches an ingenious plan to soothe Ruby’s broken heart by island-hopping together as an act of revenge. There’s only one teensy problem: the cruise is for newlyweds only. Naturally, they have a solution. They’ll pretend to be a married couple!

But their ten days of fun are about to spiral into a crazy, messy adventure that risks leaving a few hearts broken along the way – because when Emily bumps into the ship’s hot photographer, Max Keeling, she begins to wish she could rethink their arrangement. If her deception gets discovered, would they boot her off the boat? But Emily can’t keep her hands to herself, and her cruise fling could bring everything crashing down.

How can she support her best friend at the worst moment in her life while pursuing an out-of-her-league guy in the Caribbean? And can she somehow find a way to have the best of both worlds?

As a hilarious, sexy, and heartwarming read that strikes the perfect balance between feel-good emotions and laugh-out-loud humor, Revenge Honeymoon is a fun and memorable romantic comedy that you won’t be able to put down. Scroll up and grab your copy today!

Note: This book was originally released on Kindle Vella in serialized format. This version has been edited with an additional epilogue added. 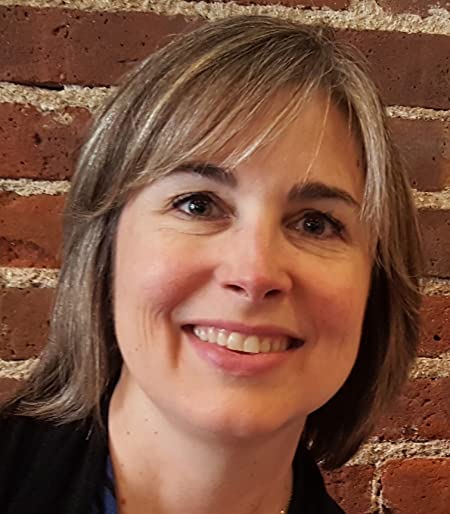 K. J. Gillenwater has a B.A. in English and Spanish from Valparaiso University and an M.A. in Latin American Studies from University of California, Santa Barbara. She worked as a Russian linguist in the U.S. Navy, spending time at the National Security Agency doing secret things. After six years of service, she ended up as a technical writer in the software industry. She has lived all over the U.S. and currently resides in Wyoming with her family where she runs her own business writing government proposals and squeezes in fiction writing when she can. In the winter she likes to ski and snowshoe; in the summer she likes to garden with her husband, take walks with her dog, and explore the Big Horn Mountains. She has written multiple books and plans on writing more.

“It’s not that bad,” said Ruby as they approached Gorgeous Max who tinkered with the unruly lights.
“It feels pretty bad.” Emily tugged on the skirt and had the strange sensation the slit in the skirt had reached half way up her ass.
“It’s not that bad,” her friend repeated. “Just a few photos. It’s only going to be from the front. Nobody will see. I promise.”
This was not how Emily imagined her first meeting with Maxwell the Perfect—stuffed into a too-small dress with her very unsexy, very matronly underwear on display.
“I want to go back to the room,” she whispered. Her armpits were damp. Her heartbeat sped up to the pace of a racehorse on his last stretch of the Kentucky Derby. She was about to meet the sexiest man alive, and…no, it wasn’t going to be like this.
Was it?
“Number, please?” Maxwell said with a masculine rumble that nearly shook her ovaries loose.
He barely looked at them as he attended to the light stands, readjusting them, while mumbling, “It will be only a week, he said. Great money, he said.”
“Excuse me?” Beautiful, innocent, vulnerable Ruby asked.
Why did she let Man Magnet Ruby have the first words? The story of her life. Ruby took a single step, and men fell all over her. Emily exposed her ass to the whole room, and it was as if nothing happened.
Maxwell brought his gaze up from his work. His green—yes, they were green!—eyes caught the dazzling lights and glowed as if they were on fire. Green gorgeous fire from the depths of some Irish fairy tale come to life. Were there Irish fairy tales? Was Maxwell even Irish? Did she care?
“Oh,” his voice caught in his throat.
His gaze stuck to Ruby like glue.
Yeah, the usual. Emily’s fate as cruise third wheel had begun. But maybe it was for the best. She kept her backside facing the wall behind them—the only safe angle. If she moved too much to the right, the rest of the newlyweds waiting in line would figure out that Kim Kardashian’s Skims line really did work miracles. If she moved too much to the left, well, Maxwell might have to hold back a laugh…and Emily wanted to avoid that humiliation as much as possible.
“Miss, your dress.” Maxwell picked up a suit jacket he’d laid across the back of a chair near his equipment and handed it to Emily. “You might want to put this on.”
What? He’d noticed her and handed her a jacket that smelled like manliness and muscles and sandalwood?
She must be dreaming.
“My dress?” Oh, God, did his jacket smell incredible. Was she clutching it too closely to her nose? Was that weird?
“The rip?” He gestured at the wall behind her.
“What?” She looked over her shoulder. A full-length mirror stood leaning against the wall. The giant rip that had created a fault line the length of Florida up the back of her skirt assaulted her eyes. “Crap.” She slipped into the jacket smelling of gorgeous man and attempted to laugh off the humiliation. “I had no idea,” she said.
Yet she had every idea. And so did Ruby. But Emily wouldn’t let on. No, she wasn’t about to admit that she’d continued to stroll about the room knowingly in such a state. That any number of Moscowitzes and whoever the hell else stood in line for their oh-so-important free honeymoon portrait got a good look at her unmentionables and that they weren’t even newlyweds and this whole idea had been stupid, stupid, stupid from the very beginning.
“That actually looks really good on you,” Mr. Beautiful said. “Somehow it works.”
Ruby took a step back. “He’s right.”
“It does?” The sleeves hung down below her wrists, and the shoulders sagged on her narrower frame. But she was willing to believe anything that came out of the sexy mouth of their photographer. Two perfect lips accentuated by the dark bristly shadow of his beard.
“You just need to zhuszh it a little bit.” Ruby pushed the sleeves up to her elbows. “See?”
Ruby spun her friend around so she could view the transformation in the evil mirror that had exposed her Skims-encased rear to the perfect Maxwell.
He nodded his approval. “It gives your photo a little more of that ‘bride and groom’ aspect.” He sucked in his breath. “Was that offensive? I mean, there’s nothing wrong with two brides.”
And everything that Emily had been building up inside her head crumbled at that very moment.
Right. The lesbian newlyweds.