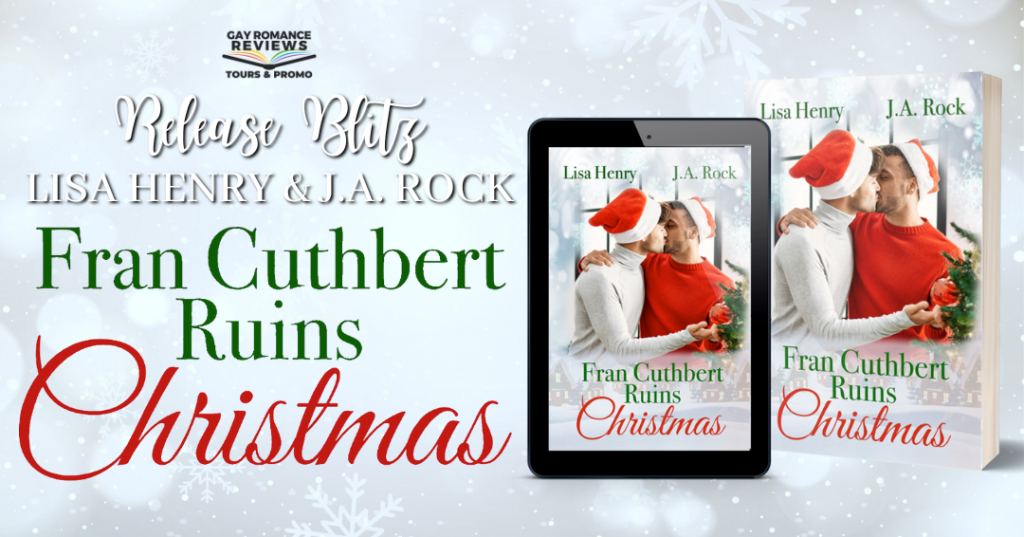 A Christmassy welcome to the Release Blitz for Fran Cuthbert Ruins Christmas by Lisa Henry & J.A. Rock!! I just HAD to sign up when I saw this one. For one, I am in the mood for Christmas and two… it just sounds so cute and I am just rooting for these two! I cannot wait to read this book closer to Christmas.

For today’s post I got an excerpt, a couple of teasers (which made me laugh), a giveaway, and of course book/author information. 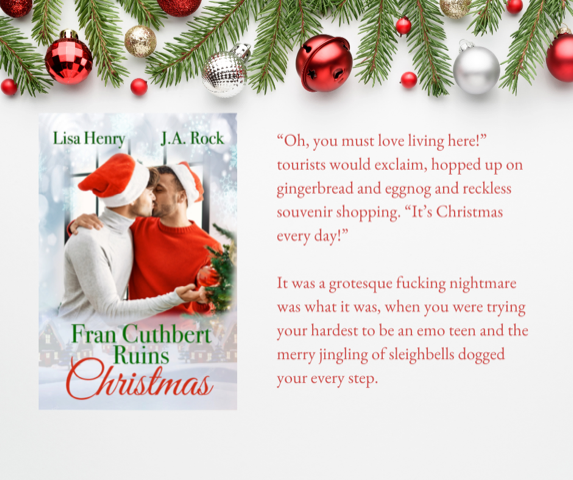 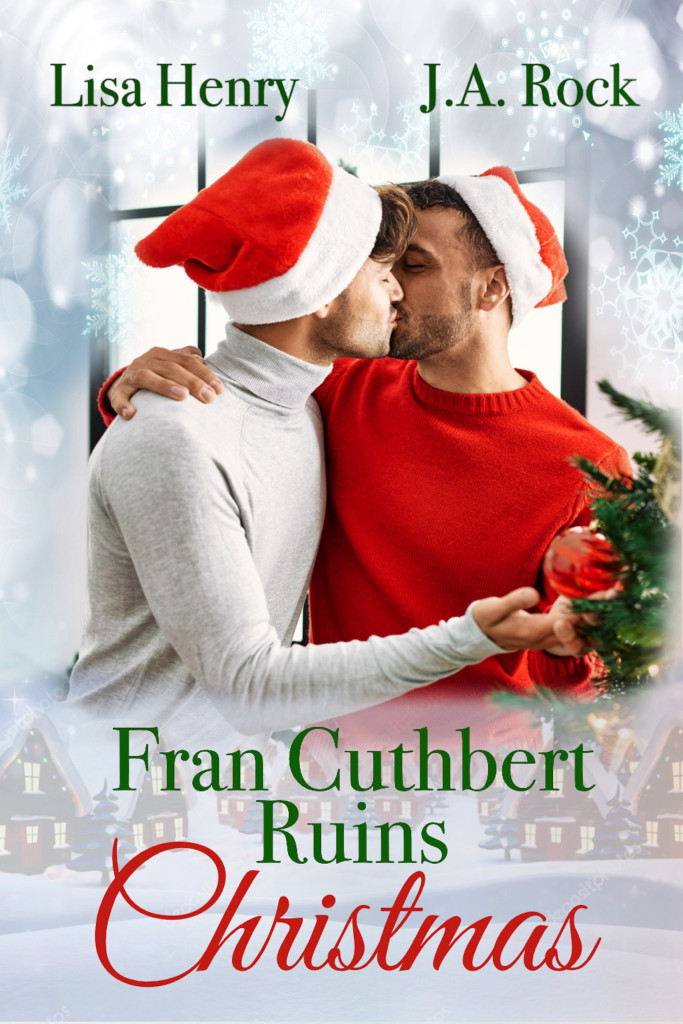 Welcome (back) to Christmas Valley. Where it’s Christmas every. F@$#ing. Day.
It’s your typical Hallmark movie plot: my big city boyfriend dumped me, so my adorable five-year-old daughters and I moved back to my hometown just in time for Christmas. I guess the magic of the holiday is going to show me what I really wanted all along, or something.
But on Hallmark, people aren’t usually mainlining their mother’s Xanax. Or stealing the last available Peachblossom Pony Pal from their hot doctor because they have to give their kids the best Christmas ever. And when they run into their high school sweetheart, they don’t usually face the gulf of lies that exists between Cass Sullivan and me.
Oh yeah, and their hometown isn’t located directly up Christmas’s butthole.
I left Christmas Valley because I couldn’t listen to one more carol or look at one more tinsel-wrapped streetlamp. But moving to Boston meant leaving Cass, and that has always been my one regret. I mean, I also regret the box of Franzia in my closet, being publicly dumped, agreeing to take tap dancing lessons with my mom, and the fact that I can’t seem to open my mouth without a little white lie popping out. But mostly Cass.
When I need someone to play Santa for my girls’ favorite Christmas tradition, Cass steps in. Suddenly, I’m falling for him like we’re seventeen again. Can we put aside two decades’ worth of baggage and give each other a second chance? Can he help me build a life in Christmas Valley? And has he really been banging our former geometry teacher?
Only Christmastime will tell. If the holidays don’t kill me first.
Fran Cuthbert Ruins Christmas is a sweet, low-heat holiday novella featuring a second-chance romance, a hot mess MC who could use a steadying hand, adorable kids and dogs, and a guaranteed HEA. 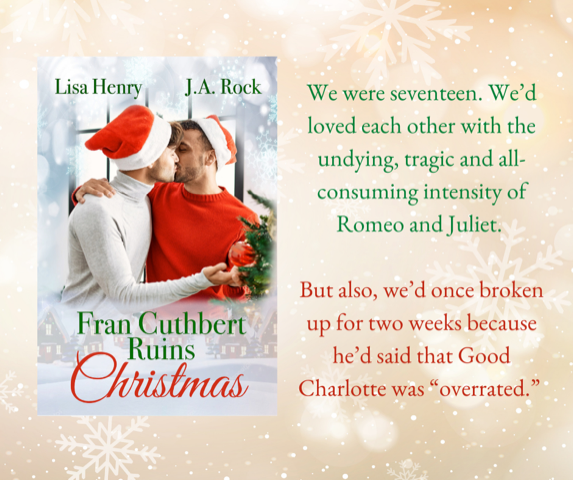 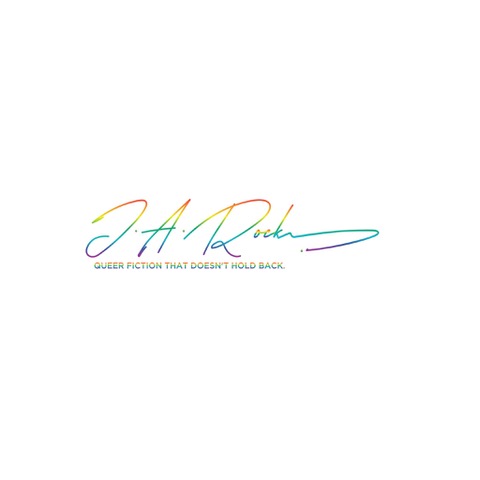 J.A. Rock is the author of over twenty LGBTQ romance, suspense, and horror novels, as well as an occasional contributor to HuffPo Queer Voices. J.A.’s books have received Lambda Literary, INDIEFAB, and EPIC Award nominations, and The Subs Club received the 2016 National Leather Association-International Novel Award. 24/7 was named one of the best books of 2016 by Kirkus Reviews. J.A. lives in Chicago with an extremely judgmental dog, Professor Anne Studebaker. 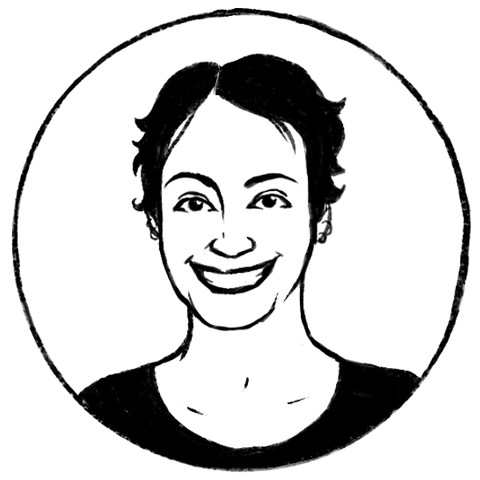 Lisa likes to tell stories, mostly with hot guys and happily ever afters.
Lisa lives in tropical North Queensland, Australia. She doesn’t know why, because she hates the heat, but she suspects she’s too lazy to move. She spends half her time slaving away as a government minion, and the other half plotting her escape.
She attended university at sixteen, not because she was a child prodigy or anything, but because of a mix-up between international school systems early in life. She studied History and English, neither of them very thoroughly.
She shares her house with too many cats, a dog, a green tree frog that swims in the toilet, and as many possums as can break in every night. This is not how she imagined life as a grown-up.
Lisa has been published since 2012, and was a LAMBDA finalist for her quirky, awkward coming-of-age romance Adulting 101, and a Rainbow Awards finalist for 2019’s Anhaga. 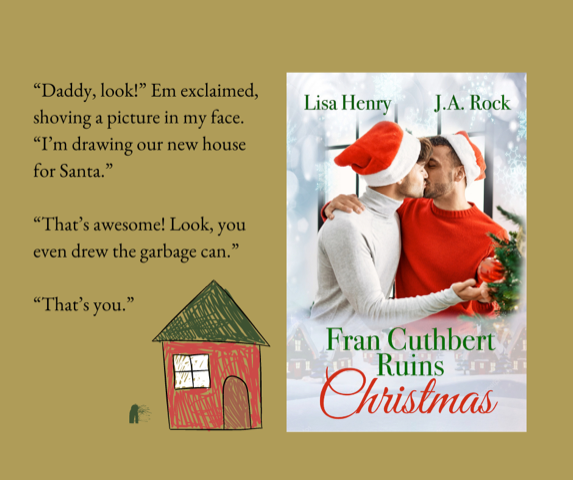 This Release Tour was organized by: