A fairy-tastic welcome to the Release Blitz for The Bard and the Fairy Prince by Amanda Meuwissen! Eep! A bard. A prince. Magic. Romance. YAS!!

For today’s post I got teasers, a giveaway, an excerpt, and of course book/author information~

A big congrats to the author on the book releasing yesterday! I hope you had a fantastic book birthday with plenty of yummy foods. 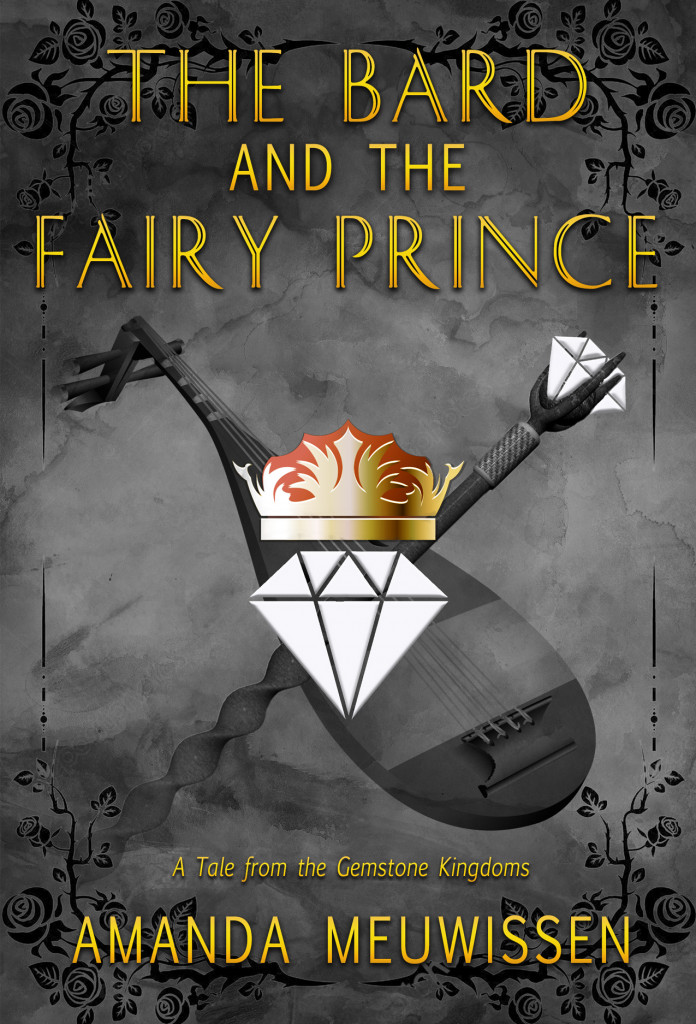 When Prince Nemirac learns of his heritage, he vows to become the most powerful demon in history. But he can’t do it alone.
Feeling betrayed by his parents’ lies about his true lineage, Nemirac embarks on a quest to visit all five Gemstone Kingdoms and drain the stones of their power to ascend as a new being. But until he obtains that magic, he’s vulnerable.
Enter Janskoller the warrior bard.
Janskoller has just returned to the Gemstone Kingdoms, drawn by stories of broken curses and lands open for travel. He doesn’t expect a pretty young mage to hire him as a bodyguard, but it’s a good gig for a bard—lots of adventure to fuel his stories, and plenty of travel to spread his fame. Besides, Nemirac’s passion and obvious secrets intrigue him. But soon Janskoller realizes the peril of Nemirac’s goal—an end that puts the five kingdoms at risk and corrupts Nemirac into a darker, twisted version of the man Janskoller has come to care about. As the two grow closer, can Janskoller convince Nemirac to abandon his pursuit of power in favor of the deeper, more lasting magic of love? 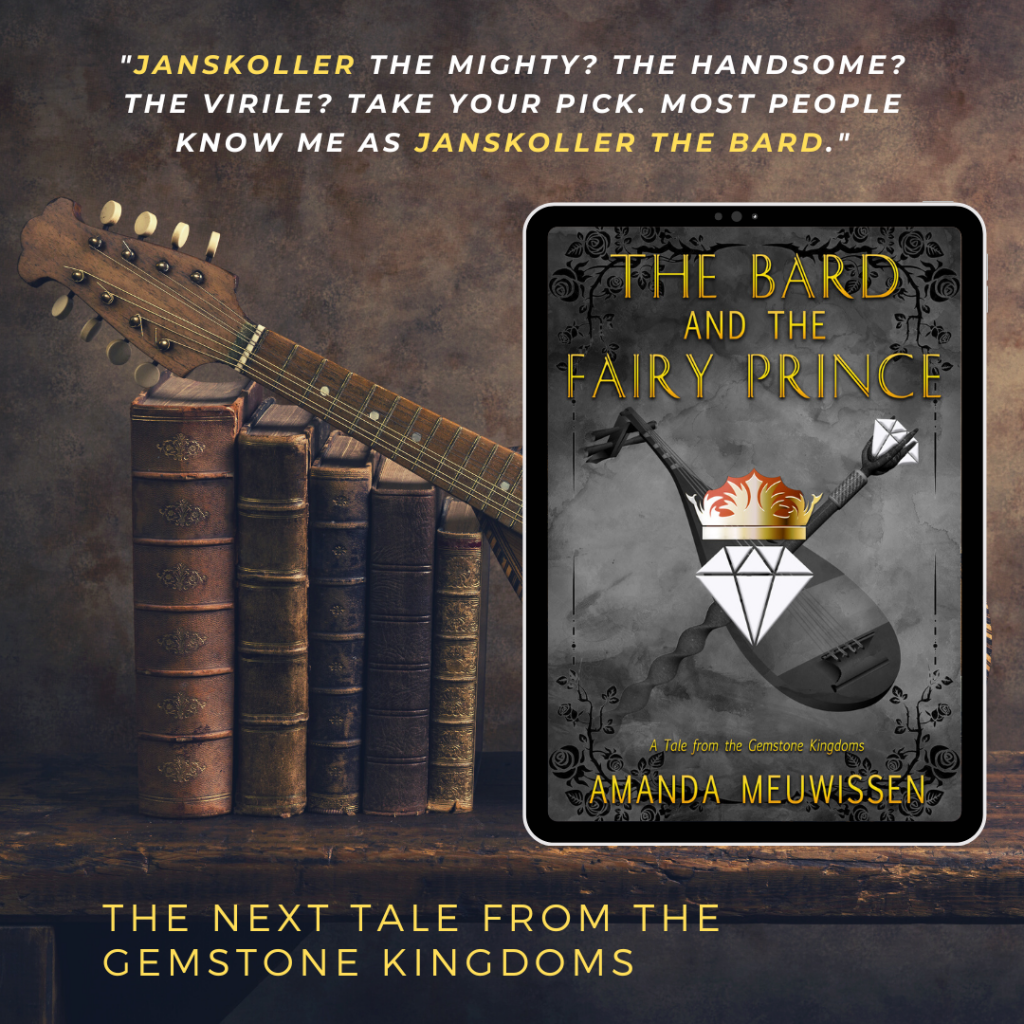 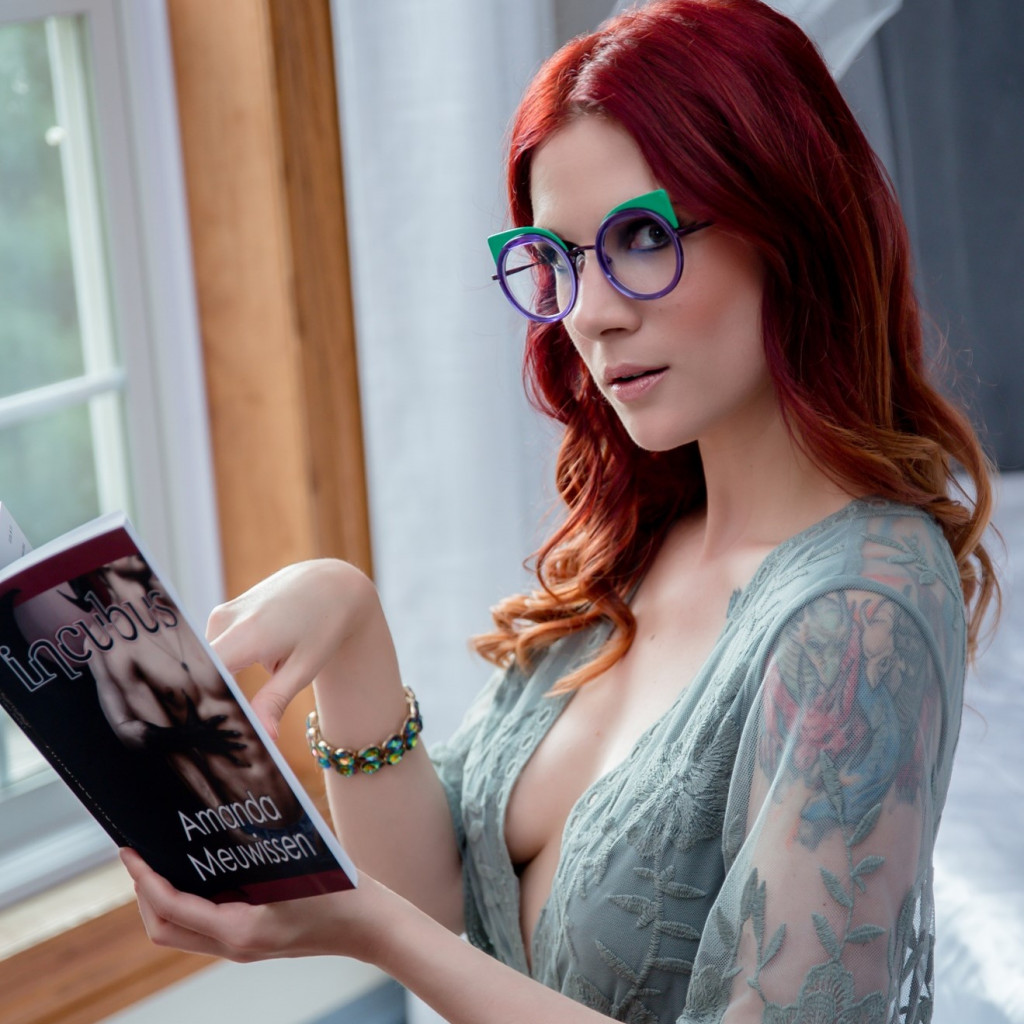 Amanda Meuwissen is a bisexual author with a primary focus on M/M romance. As the author of LGBT Fantasy #1 Best Seller, Coming Up for Air, paranormal romance trilogy, The Incubus Saga, and several other titles through various publishers, Amanda regularly attends local comic conventions for fun and to meet with fans, where she will often be seen in costume as one of her favorite fictional characters. She lives in Minneapolis, Minnesota, with her husband, John, and their cat, Helga.

The sun was shining upon the strangely angled buildings and gnarled black trees interspersed with the occasional more colorful abode or ripe apple tree budding with the pink flowers of early spring. Janskoller had been told that anything angled, twisted, or glittering black was left over from the curse, though the people here didn’t see it as misfortune so much as what had made them their true selves.
And what selves they were! In his travels, Janskoller had known plenty of humans and even more dwarves, and despite supposedly lacking elvish presence in the Emerald Kingdom until not less than three curses had been broken, he’d met many elves as well, and nowhere near their ancestral home in the Mystic Valley. Once he’d even stumbled upon a village of centaurs—at least as far as one of his tales told. But here the people were every myth or bedtime cautionary tale made real.
Janskoller couldn’t hope to name them all—harpies, nagas, wraiths, satyrs, and any number of combinations of all the above and more. The specific nature of ending their curse had been about lowering the barrier that would have afflicted anyone new who entered these lands and killed any inhabitant who tried to leave.
Now, within these borders, a simple touch from a citizen was all it took to transform their homes, lands, and even themselves into more recognizable fare. Anyone entering remained themselves unless they chose otherwise. Anyone who left could do so safely. And if someone had been changed, they would return to human, elf, or dwarf upon leaving.

This Release Tour was organized by: