Welcome to a new Library #2 and #3 haul! It was time again to visit! I needed new books + books had to get back~

And this time my hubby didn’t stay outside as he usually does. Haha, he went with me to each library. At Library #3 he sat down and waited for me. At Library #2 he stalked me. XD It was just way too dang cold here (0-2 Celcius). Brrrr!

First up Library #3, which is still freaking chaotic and to add to that… they only have one part of the machine for returning books open.. And to add to that, they also just have one computer/loaning out machine. Yep. So it was standing in line quite a bit. XD But other than that, the library is looking prettier with each visit. The entrance/entry floor is just way more welcoming and open with tons of spaces to sit down. The first floor is of no interest to me (places to study and toilets). The second floor is being worked on so totally empty which really gives a clear image on how big the space actually is. And then on the third floor is the new children’s section which I hope they make a bit cosier because now it feels a bit empty. Not to mention that the adult comics are willy-nilly nearby. Oh well, they still got plenty to do and I am eager to see what is next! I managed to find way more books this time. Several comics, some non-fiction, and some fiction. Good good haul! I am really excited that they added Crimson Cranes and Our Wives Under The Sea. I have seen quite a few peeps talk about both the books and YAS, now I can try them as well!

And then Library #2. Which had 27 reservations waiting on me and I hoped to maybe find some of the reservations that weren’t filled yet. Plus, right from the start there were some new books calling me. XD So instead of going to bring back the books, I first picked up some new books. Teehee. After that I had fun walking around the library, see if I could find the books. And well, I am very happy, but I found a few! The English YA books I was looking for + the ones I was looking for last time (which according to the system were not even in the library anymore (aka, they couldn’t find them)). Well, apparently they were on a separate shelf away from the normal shelf. So yeah. And then walking around some more to add more books to what I have.
I am so so proud of this library BTW. Not just for adding more manga (though again, they should understand that manga doesn’t work like normal comics and you really need to read them in order) but also for adding so many more English YA books. I am absolutely stunned. They went from a very small collection to slowly building it out. I am now excitedly looking forward to new releases!

Let’s see how much I read as I will have to go back one week earlier. If I would go on my normal schedule that would put me on Christmas and New Years!

But I am really really happy with this haul. So amazing at all the books I found and I cannot wait to get reading. Even started a few already because I couldn’t resist. XD

NOTE Library #3 is first and then the other three pics are Library #2. 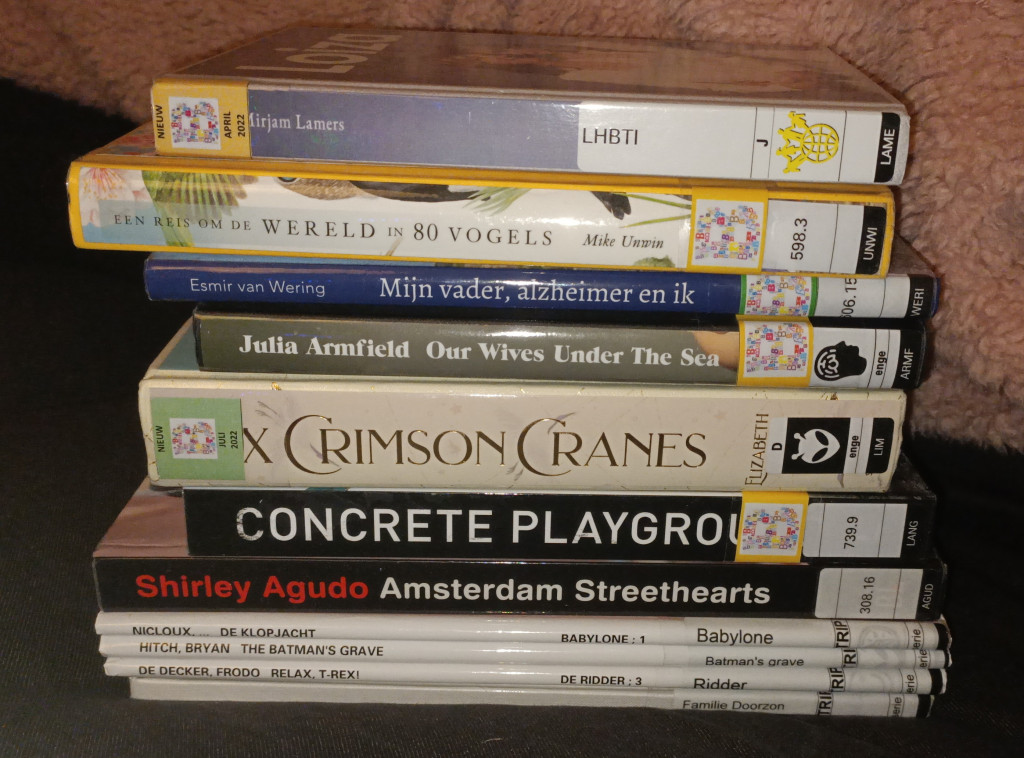 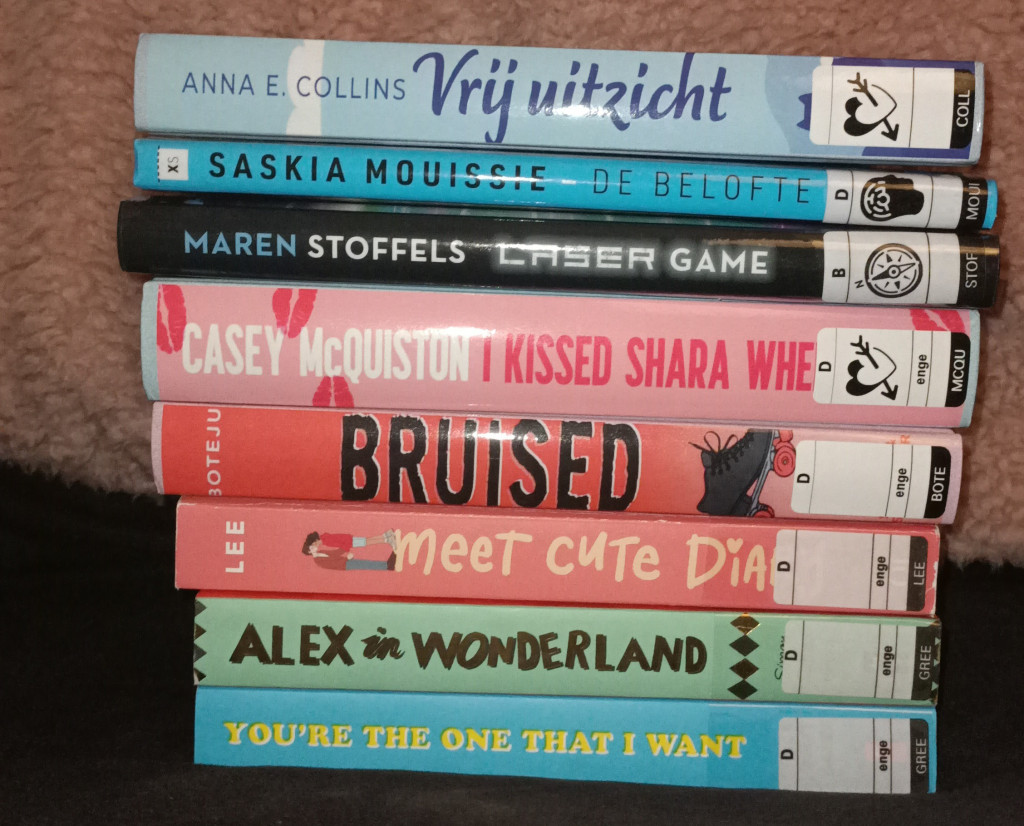 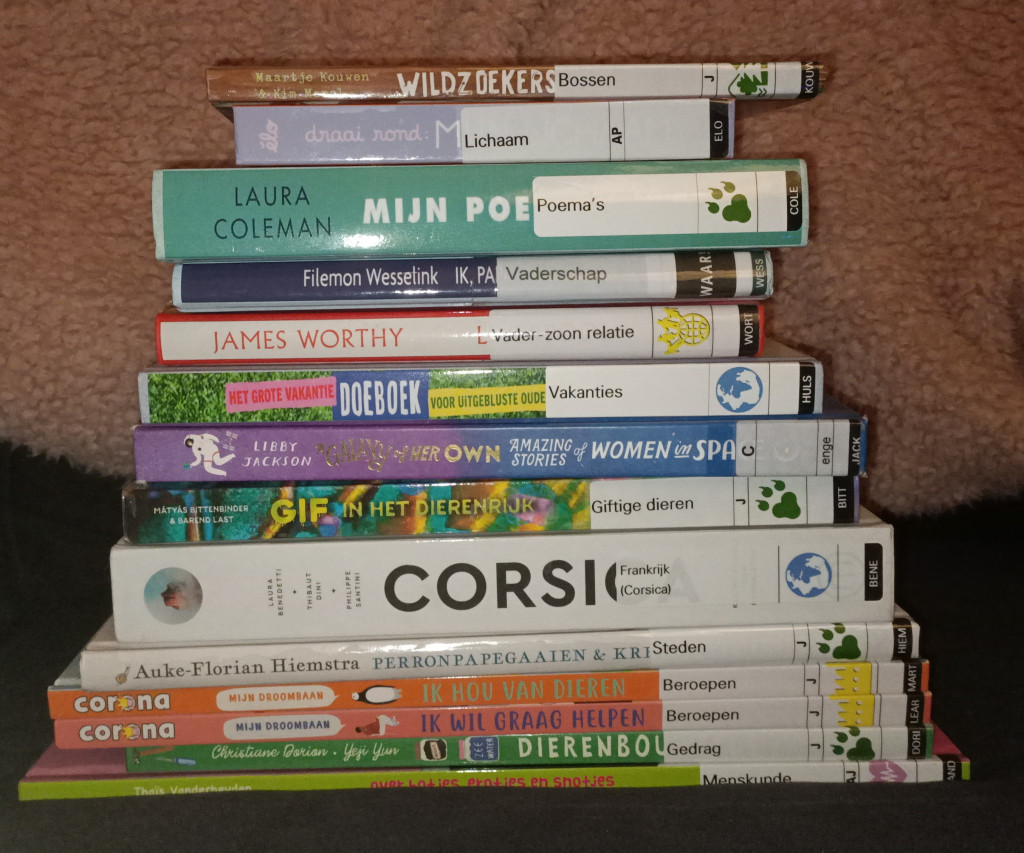 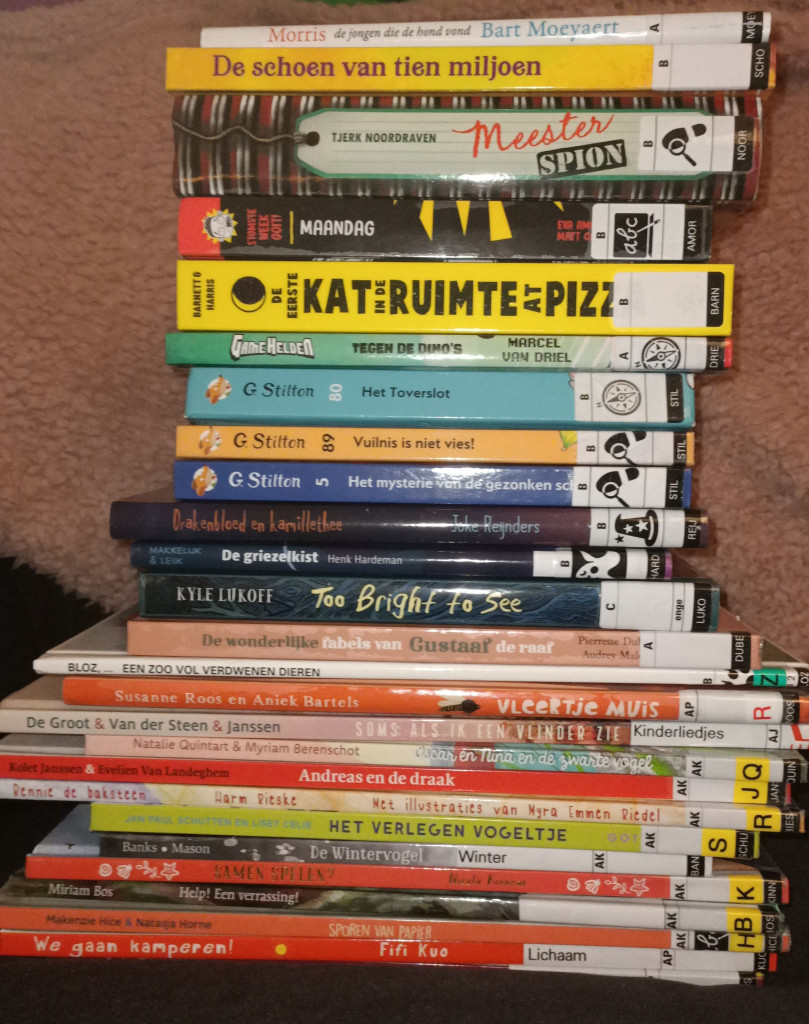