A warm welcome to the Book Blitz for One Hundred Reasons by Kelly Collins! Today I am promoting the series with all new covers! I got information on the first book in the series + more~

I also got an excerpt + a giveaway. 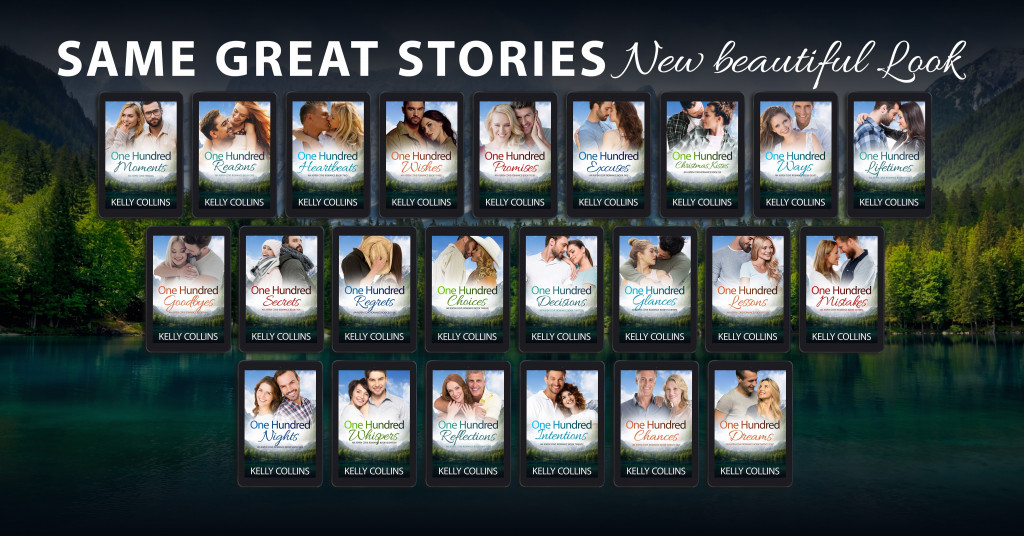 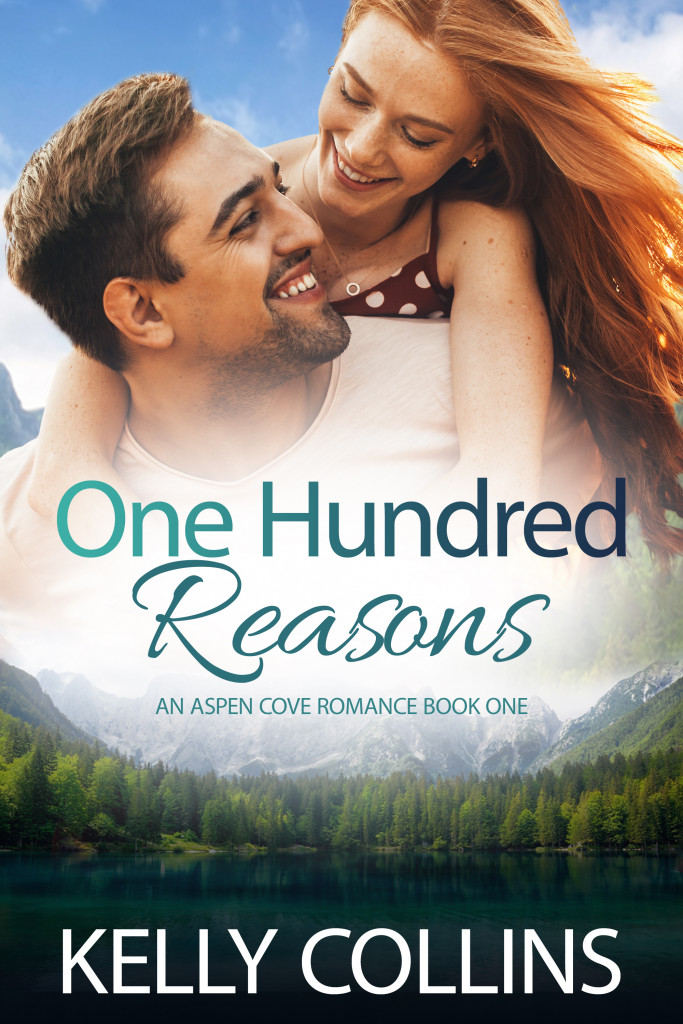 Nurse Sage Nichols life changed when she lost her favorite patient and inherited a bed and breakfast in a town she didn’t know existed. She traveled to Aspen Cove intent to sell so she could hurry back to her life in Denver. Little did she know, she was about to find everything she ever needed in the tiny mountain town with a big heart. Sage found herself in a place where caring for your neighbor was a way of life. In her case, that happened to be surly Cannon Bishop, the man of her dreams.

Cannon Bishop was a man who learned long ago that hope was a dangerous thing. Closed off from the world after a family tragedy, Cannon lived a lonely life as the owner of Aspen Cove’s only bar and son to the town drunk. When Sage Nichols breezed into town, she offered the possibility of more if he’d only open his heart. Cannon’s protective walls tumble and suddenly a brighter future of healing, hope, and peace was possible… if only Sage would stay. 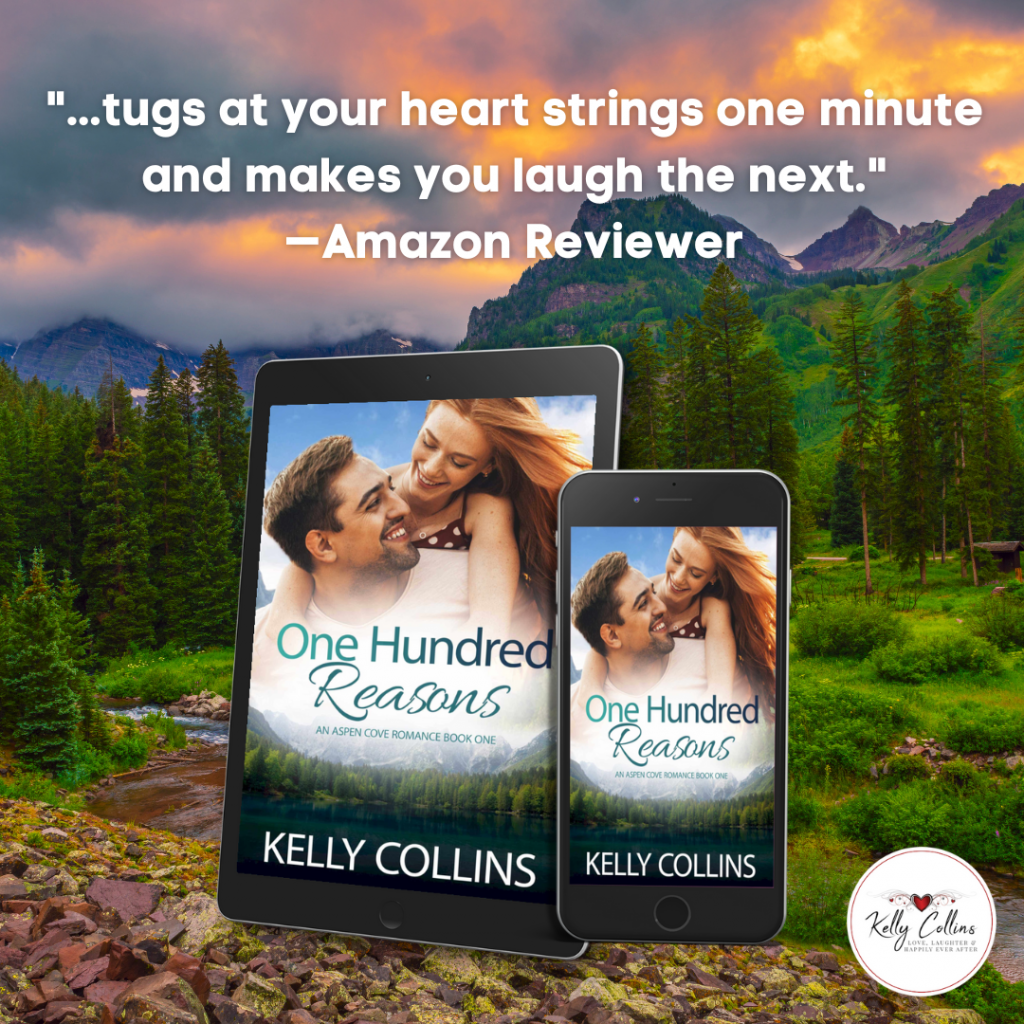 Like FREEBIES? Join the VIP readers at http://bit.ly/KellyCollinsFreeBook for members-only exclusives!

International bestselling author of more than thirty novels, Kelly Collins writes with the intention of keeping love alive. Always a romantic, she blends real-life events with her vivid imagination to create characters and stories that lovers of contemporary romance, new adult, and romantic suspense will return to again and again.

Kelly has sold more than a quarter of a million books worldwide, and in 2021 she was awarded a Readers’ Favorite Award Gold Medal in the Contemporary Romance category for A Tablespoon of Temptation.

He turned his back to the crowd and gave his undivided attention to Mike, a one-eyed alley cat that made his home in the corner of the bar. He found the poor thing in a dumpster in Copper Creek outside the discount liquor store where he bought supplies.

Mike wasn’t injured; he was born without an eye, but for a one-eyed cat, he was an excellent mouser.

“Hey there, bud. You eat today?” He pulled a box of Mike’s favorite treats from the cabinet and placed a few in front of him. The cat looked at him like he’d lost his mind because he liked it when his treats were hidden around the bar. It was a kind of game with them; Mike liked to work for his food. “Sorry, but there are too many people here today.” Cannon scratched the top of Mike’s head and turned around to see the girl everyone called Sage standing at the end of the bar. Her eyes were covered in ridiculously large glasses, which meant his father had left his mark.

Even though he’d snapped at her yesterday, he felt bad today because, in hindsight, she was only trying to help. It was a thankless job that he’d been saddled with for years.

“Can I get a beer?” Her voice was small and uncertain. “Any kind will do.”

He pulled a frosted mug from the under-the-counter freezer. “Do you prefer light or dark?”

She stared at him for a minute. Her gaze focused on his nose and the purple shadow sitting below his eyes.

“I prefer dark.” She slid into the empty barstool and pulled off her glasses.

He winced at her injury. “I’m so sorry you got hit yesterday.”

She ran her fingertips under her eyes. “Oh, it’s okay. It hurts worse than it looks.” She gave him a half smile.

“I tried to cover it up, but my makeup skills only go so far.” She leaned forward to get a better look at his injury. “We could be twins.”

He poured a pint of Amber Bock and set it in front of her. “If that’s true, I’m the ugly one.” He smiled, hoping it conveyed something nice and friendly.

“I think we got off on the wrong foot.” She wiped her hand on her pants and offered it to him. “I’m Sage Nichols, and for now, I’m your new neighbor.”

He dried his hand on a bar towel and took her tiny one in his. If he closed his palm, hers would have disappeared. “I’m Cannon Bishop. It’s nice to meet you.”

She looked at Mike, who was sprawled next to the cash register. His orange tail swished lazily back and forth.

He brought his finger to his lips. “Shh, he doesn’t realize he’s different.”

When she smiled, his icy heart thawed.